What more can be said about the legendary, groundbreaking Jaguar E-Type? The car that dropped jaws across the planet at its reveal at the Geneva Auto Salon in 1961, a car that caused no less than Enzo Ferrari himself to declare it the “most beautiful car ever made”, the car that made ample use of low weight and high speed to claim a then scarcely-believable top speed of 150mph? The E-Type truly defines the world “superlative.”
Based on the racing D-Type, the E-Type was stunningly reimagined by Malcolm Sayer with a teardrop body and the finest in racing technology: a 3.8-litre straight six, fully independent suspension, disc brakes, unitary construction for light weight. Over three “Series” the E-Type would grow to include a V12 engine and 2+2 ‘FHC Fixed Head Coupe’ but the earliest cars are the most famous and highly sought after. By any standard, all the E-types are extremely popular: 33,205 Series I cars were produced, 18,808 Series 2s and when production finally concluded in 1975, another 15,287 cars had left the Browns Lane assembly line.
This particular Series II E-Type was manufactured on the 22nd of October, 1968, and dispatched a short month afterwards. An American model, it was delivered to the New York Jaguar distributor that year and sold as a 1969 model. Presented in a stunning shade of Regency Red over its original beige leather, this car is an 11,000-mile original survivor, maintained for drivability, and a benchmark by which to judge any other E-Type for originality. In addition to a fully original interior and fully matching drivetrain, our paint meter test establishes the paintwork to be within factory tolerances, with less than 200 microns throughout.
In its current condition and good running order, this is an opportunity not to be missed by the E-Type purist to get one of the most original, best preserved examples of the brand’s iconic model anywhere.
VAT (5%) included. For export sales, VAT does not apply

See all used Jaguar E-Type for sale in Dubai 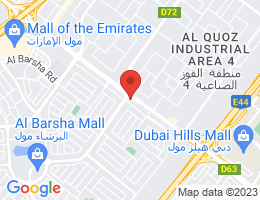