Real 'Illusion'
Despite a name derived from the French word for ‘illusion’, the GEMBALLA MIRAGE GT is very real, and is a limited edition series of 25 very special cars based on the legendary Porsche Carrera GT.
Unique and desirable, each MIRAGE GT is made specifically for its owner, and sets aesthetic, aerodynamic and technical standards that approach perfection.
Aerodynamics
The Porsche Carrera GT was the pinnacle of the super sportscar genre in its time, and set a Nürburgring lap record for production cars of 7 min 32 sec in 2004. Just 1,270 cars had been made when production ceased in 2006.
Wind tunnel
For those who wish to own such a car now, the MIRAGE GT is sold as a turnkey GEMBALLA model based on the Carrera GT, and features unique body, interior, chassis and engine modifications. Aerodynamics is a crucial element with such a fast car, and extensive wind tunnel testing was done to ensure improved stability of the MIRAGE GT at speed.
Carbon-fibre
At the same time, airflow into, through and out of specific areas of the bodywork addressed the greater engine and brake cooling requirements. GEMBALLA continued what Porsche began, with extensive use of carbon-fibre in the bodywork and chassis. Advanced digital measuring equipment to dimension the base car makes for a perfect fit of all new components.
Fame
The three larger air intakes, which extend over the entire width of the new front bumper, and the recessed door elements take their styling cues from the famous GEMBALLA AVALANCHE. The first generation AVALANCHE made its debut in the mid-1980s, and was based on the Porsche 911 Turbo.
Suspension, Wheels and Brakes
Innovative suspension technology with a wide range of adjustability to cover road and track use lays the groundwork for the MIRAGE GT’s safe deployment of its extra engine power.
This uprated suspension uses race-style coil-over units with spring pan height adjustment, and independent adjustment for the bounce and rebound settings of its gas-filled dampers. A practical feature is the electro-hydraulic height adjustment for both axles. This works at the touch of a button, raising the car by 45mm when you need to clear a speed bump or ramp. The car returns to its normal ride height either when you push the button again, or automatically upon reaching 80 km/h.
The lightweight concept of the body and chassis continues with the exclusive high-tech forged alloy wheels. Of the same 19 front and 20-inch diameters as the OE wheels but lighter, the lower unsprung weight they confer benefits handling. They use the OE motorsport style centre-lock wheel bolt system that allows quick wheel changes on the racetrack.
The five open spokes of the GEMBALLA wheels also help to enhance cooling airflow to the internally ventilated ceramic composite brake discs, ensuring enhanced resistance to brake fade on track.
Exhaust & Engine
The Formula One inspired 5.7-litre V10 motor is a rare thoroughbred in terms of performance characteristics and soundtrack. Using a bespoke ram air intake system, freer flowing stainless steel exhaust with sport metal catalytic convertors and remapped ECU, GEMBALLA’s engineers have increased its output from 612 to 670 hp, with peak torque up from 590 to 630 Nm.
The purpose-built stainless steel exhaust system whose two tailpipes branch into four outlets machined from billet alloy, give the car an even more purposeful looking business end. The system also turns up the wick on the uprated motor’s soundtrack. The V10’s scream is now even more spine tingling as the GEMBALLA MIRAGE GT blasts to 62 mph in just 3.7 seconds, and on to its 208 mph Vmax.
The original carbon-fibre race clutch is tricky to use, especially in city conditions. The GEMBALLA replacement features special pads developed to improve the metering of clutch pedal pressure, thus ensuring a smooth and judder-free engagement in stop-go traffic. To bring the infotainment system up to date, GEMBALLA redesigned the center console for the MIRAGE GT interior. The new carbon-fibre console contains the GEMBALLA Multimedia unit with Data Control System. You can call up a variety of functions on the widescreen display, ranging from satellite-navigation maps to performance gauges indicating the cars instantaneous acceleration, lateral-acceleration and deceleration values.
The MIRAGE GT takes the original Carrera GT concept to the next level, further enhancing its gravitas in the supercar world.

Be sure to check out our video of this Porsche Carrera GT above!

See all used Porsche Carrera GT for sale in Dubai 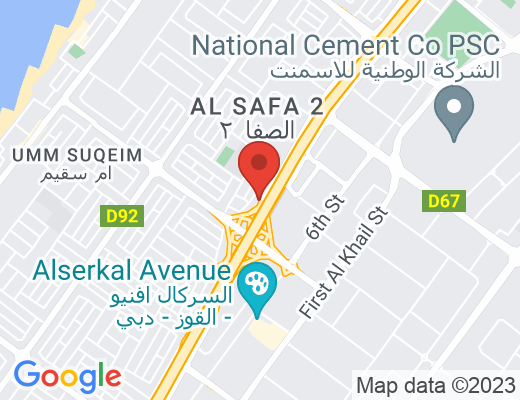 Click a number to call but first be safe!