The Bentley Continental GTC is based on the Bentley Continental GT that was first introduced in 2003. The convertible followed in 2006 and is like the GT produced in the Bentley factory in Crewe. In 2010 Bentley showed the second generation Bentley Continental GT at the Paris Motor Show, a year later Bentley also unveiled the second generation GTC W12 which is the flagship convertible.
The Bentley Continental GTC W12 comes with a more powerful 6.0-litre, twin-turbocharged W12 engine, the full fat bludgeoning power plant that sits at the top of the GTC range. Power output is rated at a more than sufficient 567 bhp and the famed Bentley ‘wave of torque’ has been increased by a further to an astronomical 516 lb ft of torque that is enough to surge the huge GTC towards the horizon with unrelenting force that feels like nothing else in the road.
The W12 engine is also capable of running on petrol, E85 bioethanol or any mix of the two from a single tank. This FlexFuel technology is capable of delivering potential CO2 reductions of up to 70 percent, a great achievement and pioneering technology for a class in this luxury/sport sector.
The latest iteration of the GTC has pushed the envelope in terms of design and development. As expected the car is very similar to its coupe partner,the second-generation Continental GT Coupe, unveiled to universal acclaim and almost a year ago. Many of the GT’s striking styling cues have been transplanted into the GTC, and the result is a progressive, sculpted and dynamic exterior body. The sensuous and synonymous lines are familiar but the overall package is significantly revised. The new model has a wider track and is slightly longer. The classic Bentley matrix radiator grille is framed by a striking and all new headlight design, in Bentley’s traditional four-lamp format, with delicate jewel-like detailing including eye-catching, LED daytime-running lights. 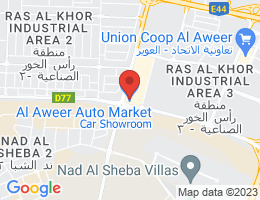