Bugatti may be rolling out their latest hypercar known as the Chiron, but that won’t stop them from turning their attention to its successor. Although they haven’t drawn up what form it will take, they’ve already decided on a power unit.

Bugatti’s latest creation is powered by a quad-turbo W16 motor rated at a mega 1,500 horsepower. Guzzling on fossil fuels, their next model will do the same but will be aided by an electric motor or two.

With that in mind, it shouldn’t be a surprise seeing horsepower figures exceeding 1,500 horsepower.

Don’t get too excited thinking the model will be out in the next five years. Bugatti themselves don’t see their next hypercar launching for at least 20 years. By then, they may have to produce an all-electric model for select markets.

However, before their next model launches, Bugatti has plans to launch a potential second model alongside the Chiron. What guise this “second model” could take remains a mystery as does what powers it.

There are also persistent rumours pointing to a hybrid version of the Chiron to launch in the next few years.

Bugatti plans to keep the Chiron in product for a least eight years. With only the upcoming Hennessey F5 hypercar to do battle with, expect the Chiron to break records similar to its predecessor and dominate its competitors.

Also, expect a “sports” derived version of the Chiron due out in a few years with an additional kick and a few letters added to its name.

Dubicars.com has used Bugatti for sale in Dubai and Abu Dhabi. 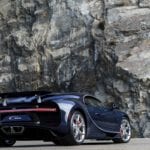 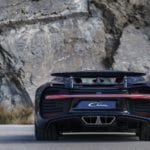