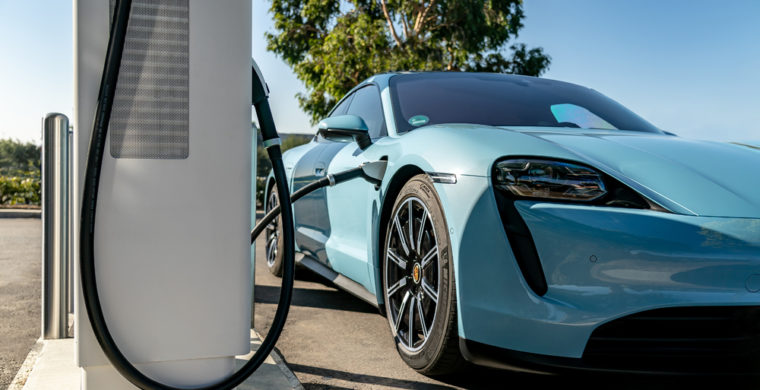 “Today marks the beginning of the future for Porsche in Dubai and Northern Emirates, as we start taking orders for a car that redefines motoring. The all-new Taycan is a sports car in the purest form but one which ticks every green credential box. With a driving performance on the level of a super car and reproducible acceleration without loss of power, it presents a real performance solution in an age of electric mobility,” said K. Rajaram, CEO, Al Nabooda Automobiles.

He added: “Unlike a car with a combustion engine, the Taycan is able to deliver its full torque instantly and with the lowest centre of gravity in the brand’s model range, this car feels like a real Porsche sports car, true to its badge on the bonnet.”

In terms of performance, the Taycan Turbo S sits level pegged with the iconic 911 GT2 RS as it sprints to 100 km/h in 2.8 seconds. The Turbo version needs 3.2 seconds to achieve this feat, while the 4S can do it in 4 seconds.

The Turbo S version is one of the most powerful production models in the Porsche range generating 761 PS overboost power with the combination of Launch Control.

Power is stored in two synchronous motors with one mounted on each axle making the super saloon all-wheel-drive. Performance is further enhanced with the world’s first two-speed gearbox in an EV.

The Porsche Taycan offers a minimalistic design that looks towards the future while at the same time paying homage to its past. The “flyline” that curves from the roof down to the tail is carried over from the 911 but offers more room for the family.

Sitting as low as 1,380mm tall and 1,966 wide, the purposeful sports car’s presence is most notable from the front end which now not only serves as a sloping bonnet but an 81-litre storage compartment.

Either side is flanked by new-look LED matrix headlights, while around the rear, a full width illuminated light bar emits nostalgia of the first 911 Turbo.

Inside, the cabin gets a free-standing 16.8-inch instrument cluster next to the steering column with traditional rounded Porsche styling. The upper and lower parts of the dashboard stretch across from driver to passenger side in the shape of a wing, featuring a 10.9-inch infotainment system and an optional passenger display.

Both the Turbo and Turbo S both feature a 93.4 kWh, two-tier Performance Battery Plus pack, while the entry-level 4S is equipped with a single-tier 79 kWh unit as standard. This can be replaced with a two-tier pack.

Porsche’s first foray into the fully-electric market is the first production vehicle with a system voltage of 800 volts. This gives the Taycan an upper hand when high-power charging access is available as it allows for shorter charging times.

All Porche Taycan owners can charge their vehicle at home via an 11kW AC Charger, at work via a fast industrial charger or at any public charging point while running errands.

The new Porsche Taycan line up is available to order now, with the first units arriving in the final quarter of 2020.

Dubicars has new Porsche and used Porsche for sale in Dubai, Sharjah and Abu Dhabi.

How to check car accident history in UAE