Late last month, Dubai’s Road and Transport Authority (RTA) announced that they will no longer print off or provide a printed version of technical testing certificates required for vehicle registration.

Instead, the RTA will email e-certificates to the individual or company who registered the vehicle.

“The step hits multiple targets, renders the service handier and fits well with the government’s strategic drive (to go paperless),” said the RTA.

“The step also supports health efforts to halt the spread of COVID-19 as well as fulfilling several of RTA’s strategic objectives such as Smart Dubai and People Happiness, including saving the costs associated with the printing of paper certificates,” Jamal Al Sadah, director of vehicle licensing at RTA’s Licensing Agency, said.

He added: “The RTA is always keen to support the government’s plans and strategic objectives of Dubai and the Green Economy initiative features high in RTA’s core goals. This step is in line with promoting e-services and the paperless transactions strategy launched by Sheikh Hamdan bin Mohammed bin Rashid Al Maktoum, Crown Prince of Dubai and Chairman of the Executive Council, in order to transform Dubai into the smartest city in the world.”

What are black points in UAE 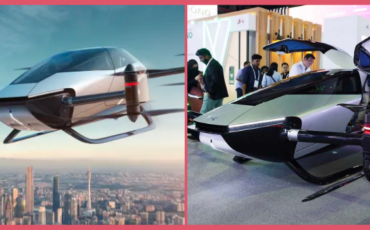 Will the flying car from GITEX become a reality?