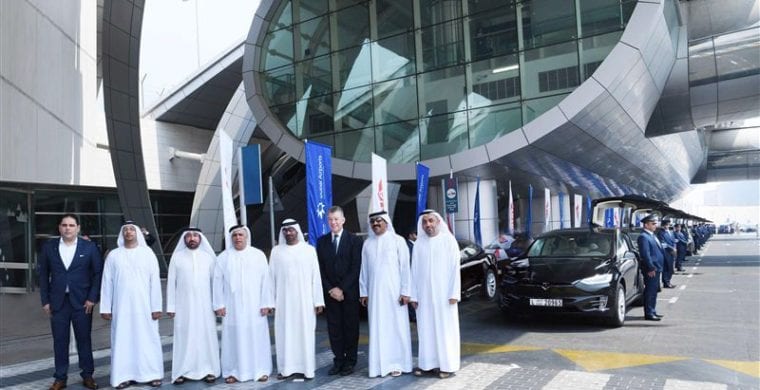 Commuters in Dubai are all too familiar with the beige coloured Toyota Camry, Nissan Altima and Toyota Innova vehicles as a means to get to and from destinations for a small fee. As the future of transportation progresses forward, so too has Dubai Taxi.

No less than 50 Tesla Model S and X vehicles have been added to their fleet, and plans don’t stop there. Dubai’s flagship taxi operator will eventually use them to form an entirely autonomous taxi fleet.

As of writing, all Tesla models operating under Dubai Taxi are currently stationed at Dubai International Airport and have drivers at the helm, although they are capable of driving on city streets autonomously.

Tesla models that appear in recent media don’t appear to sport the traditional beige exterior with brightly coloured roof panels and pillars we’re used to. Instead, both the Model S and Model X are painted solid white and solid black.

It doesn’t stop there for Dubai Taxi

President of Dubai Civil Aviation Authority, Chairman of Dubai Airports, Chairman and Chief Executive of Emirates Airline & Group and Chairman of Dubai Supreme Council of Energy, HH Sheikh Ahmed Bin Saeed Al Maktoum, expressed an additional 75 Tesla vehicles will be added in 2018 and another 75 units will arrive in 2019.

By 2035, Dubai Transportation aims to have 25% autonomous vehicles on the road.

Dubai Taxi has yet to confirm how much it will cost to catch a ride in an all-electric cab and when they will be available to flag down outside of the Airport.

Dubicars.com has used Tesla for sale in Dubai and Sharjah. 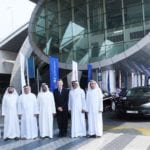 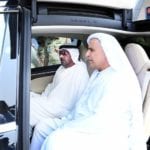 Next-gen Dodge Charger and Challenger to ride on Ghibli platform