Supposedly Fiat Chrysler is killing off the Dodge Viper as demand for the face ripping machines has slumped over the years. yet, when they announce that a special edition is on the way, they get gobbled up faster than an ice cream on a hot summers day.

Two weeks ago, Dodge unveiled five limited edition models that took only five days to sell out. 1:28 Edition ACR models were the fastest to go with all 28 units selling in just 40 minutes. VooDoo II Edition ACR versions required just two hours to slither into the homes of 31 people.

Snakeskin Edition GTC with its unique coat of green paint and the GTS-R Commemorative Edition ACR of which 125 units total took two days to sell out completely.

So what does this mean for you? First of all, if you want a Viper you’ll have to buy a standard one and lucky for you, we have used Dodge Viper for sale in Dubai, UAE. Secondly, if you’re willing to wait and pay and even higher price, you could wait for a 25th Anniversary Edition Viper to pop up for sale.

So what is to become of the Dodge Viper now? Officially it’s cancelled, but seeing as there was such a huge demand for the limited edition models, parent company Fiat Chrysler need to consider bringing back the Viper every so often.

But wait, those who may feel heartbroken about this news better have your cheque but ready as Dodge has announced that the will build 31 new Snakeskin Edition ACR models to continue the celebrations. With similar markings to the 2010 model of the same name, this version will feature a custom snakeskin patterned signature stripe, carbon ceramic brakes, extreme aero package and the rest of the ACR’s features. These extra collector editions will be available to pre-order in mid-July. 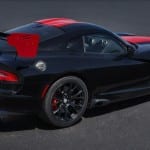 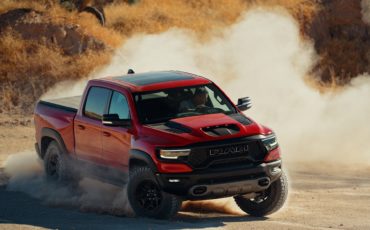 2021 Ram TRX has its headlights set on the Raptor

It’s been a while since Ram unveiled the Rebel TRX concept and after four years, the…