Porsche Cayman and Boxster models are just changing their names to 718; both models are getting smaller motors than current generation models. However, as the Cayman GT4 will stay in production for another year, these models will have not four cylinders.

Instead, Cayman GT4 models will stick with the naturally six-cylinder motors the current generation vehicles are powered by. Hooked to a manual gearbox, these engines are capable of accelerating from 0-100 in 4.4 seconds and hold a top speed of 295 km/h thanks to its flat six-cylinder motor generating 385 horsepower.

Porsche could have gone with turbocharged six-cylinder engines that currently feature in the 911 lineup, however, due to the Cayman’s smaller body, that engine wouldn’t fit. The German brand has no plans to scrap the naturally aspirated versions anytime soon as they will retain them for use in hardcore models such as the GT4, 911 GT3 and RS variants.

Previously, only base and S trims were announced for the 718 models. Due to the popularity of models such as the GTS and Spyder, Porsche will most likely bring this model into the next generation. More models are to be added over the years, just don’t expect them immediately as the manufacturer will add them only when the time is right.

718 models are due to launch on the 24th of September 2016 in the Middle East with an unknown starting price. Pre-order books are open right now, and both the Standard and S models can be ordered.

Want a Cayman before the new nameplate is ushered in? We’ve got used Porsche Cayman for sale in Dubai and Abu Dhabi. 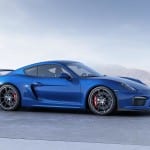 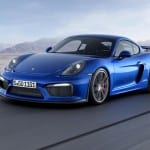 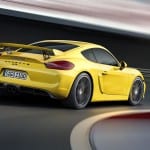