Once again the 2019 CLS executive sedan has been teased before it’s global debut in just a few days. Additionally, Mercedes has officially released a short video showcasing what to expect.

Without giving too much away, the teaser shows off the elegant new headlights, larger stylish front grille with the traditional three-point logo with two smooth chrome strips and slimmer rear lights similar to those found on the C-Class, S-Class coupe and cabriolets.

Riding on the MRA platform which also forms a base for the new E-Class, the 2019 CLS is expected to measure in longer allowing for a luscious flowing exterior.

What engines to expect in the 2019 CLS lineup

Those anticipating the CLS class can expect a wide selection of powertrains including a 3.0-litre straight six with supercharged, turbocharged and electrified benefits. On top of the standard suspension system, customers can choose between two unique types of air suspension with one featuring Mercedes token Air Body Control system for improved handling.

As of late, there are no plans to build a direct successor to the mighty CLS 63 AMG as the German tuning house has plans to build a four-door saloon based on the AMG GT sports car which is slated to launch sometime next year.

2019 CLS models will make their official debut at this year’s LA Motor Show and are expected to arrive in showrooms mid-2018.

You can check out the official reveal video down below. 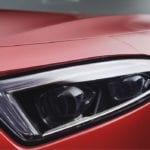 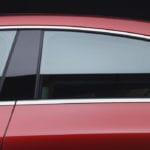 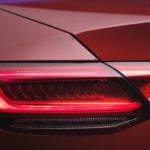