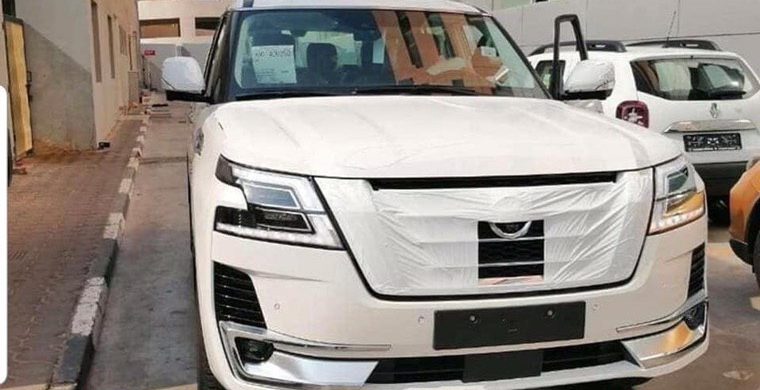 Over the past few months, numerous leaks of the 2020 Patrol have surfaced. But this by far is the clearest we’re getting until the official launch date.

Said to launch sometime this month (September 2019), this undisguised model is the Platinum trim level.

As we’ve previously mentioned, the 2020 Patrol receives a new front grille flanked by redesigned headlights while the rear end gets a similar treatment complete with chrome bar.

For the first time, we’ve got a shot of the interior. While it looks familiar, there are a few noticeable differences compared to the 2019 model.

The biggest of the two is the dual-screen setup inside the 2020 Patrol. Both are off, but our guess is the top is for media while the bottom is for climate controls.

The second change we spotted is the gear lever which appears to have a more ergonomic grip.

We also picked up on the drive mode selector, which now sits closer to the central armrest while there also appears to be a selection of buttons missing.

We have a feeling these buttons have moved to the lower screen.

We don’t have any information regarding the engine yet, although it’s safe to say the 4-litre V6 and the 5.6-litre naturally aspirated V8 are both here to stay.

In their current form, they produce 275 horsepower and 400 hp respectively.

The region exclusive NISMO variant is also expected to return with a tuned version of the V8 with 428 hp.

Dubicars.com has new and used Nissan Patrol for sale in Dubai, Sharjah, Abu Dhabi and Ajman.

How to tell a used car has been in an accident

Abu Dhabi Toll Gate; Dubai residents here is what you need to know