Its been a few months since Aston Martin Zagato confirmed the existence of the Shooting Brake variant. With only a few spy shots of the model testing, finally, the quaint British manufacturer has released a handful of images before its global premiere.

Inside, the bespoke Aston Martin Zagato Shooting Brake is fitted with custom brown leather with unique Zagato stitching. With only two seats, the rear end has been converted into a spacious luggage compartment with a carbon fibre finish. A large glass panel is also visible.

As with the other spectacular Aston Martin Zagato lineup, the Shooting Brake is based on the Vanquish S. This means a 5.9-litre naturally aspirated V12 petrol engine drives the rear axle with 592 horsepower on tap.

Although the model was revealed last year, spotted testing on the highway in the UK three months ago and now shown off in three pictures, Aston Martin has yet to reveal when they will unveil the model, when production will start and when deliveries will begin.

If your eyes a fixated on the Aston Martin Zagato Shooting Brake they are going to stay like that as buying one is near impossible as all 99 are already sold.

In total, Aston Martin has confirmed there will be four variants of the Zagato lineup. The Vanquish Zagato, Vanquish Volante Zagato, Zagato Shooting Brake and Speedster Zagato. The rarest of the bunch is the Speedster as just 28 examples will be built. 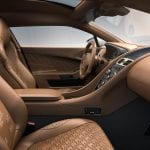 2019 Mercedes AMG A35 detailed before launch Teased over the past couple of weeks, the Aston Martin Vantage AMR has just been revealed… 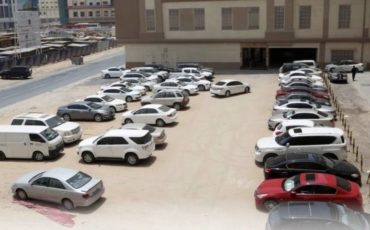 Sanitize your car for free in UAE