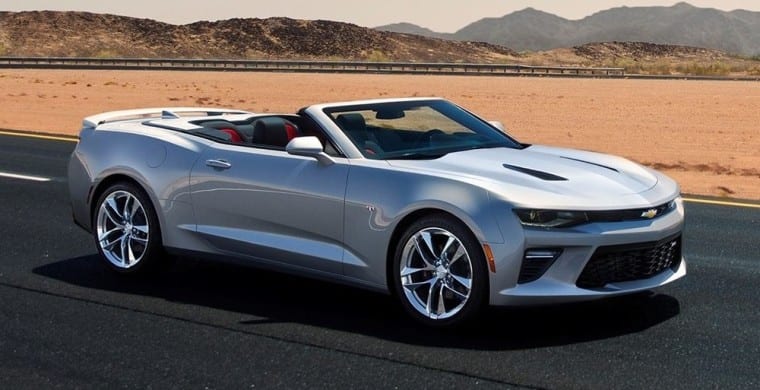 For many years the Chevrolet Camaro came equipped with inline 6, V6 and V8 engines, however the new Camaro 2016 model will come with an optional inline 4 cylinder engine.

There are still options to get the Chevy with a 3.6 litre 6 cylinder which produces 330 horsepower, which is an increase of 18 horsepower compared to the 2015 model and for the ones that want something more, Chevrolet will also sell the Camaro 2016 with a 6.1 litre 8 cylinder, which will have an output of 455 horsepower. All three engine variants will come with a new 8-speed paddle-shift automatic gearbox or a 6-speed manual gearbox. Power will be sent to the rear wheels.

Different trims will be available to purchase, the highest being SS which includes Brembo brakes and magnetic ride control, which is a first for the Camaro. Magnetic Ride Control allows the shock absorbers to react a lot quicker to road surface to ensure the smoothest ride possible for the occupants on the roughest roads the 2016 Camaro can tackle. Both the Magnetic Ride Control and Brembo brakes will be optional extras on the other models. The exterior of the 2016 Chevrolet Camaro has been given a tighter front end to almost the same size as the Chevrolet badge. It’s been shortened in length by just under 6 centimeters. Overall the Camaro has shed some kilos as well weighing in at 91kg less than the 2015 model. The weight-loss comes from the shared chassis of the Cadillac ATS known as the Alpha Platform which is lighter and more agile than the previous chassis known as Zeta.

Interior wise not much is known except for the new Interior Spectrum Lighting system which will have 24 different ambient lighting effects around the interior such as the centre console and dashboard. Besides the infotainment screen inside, an optional 8-inch display can be added and the old-school lever parking brake has now been replaced by an electronic one.

Chevrolet and Ford have been rivals in the muscle car battle since the 1960’s, the fight lasted 35 years but came to an end in 2002 when Chevrolet discontinued the Camaro name badge. Rumors floated around that General Motors (GM) wanted back into the market and in 2009 the Camaro returned and has been outselling the Ford Mustang since 2010 and with its appearance in the box-office smash hit Transformers (2009) it became a rather memorable car again.

For all top less fans out there, a soft-top variant will be joining alongside the standard tin top’s available in all trim levels. A short teaser video below shows the vehicle’s driver navigating their way through a canyon pass, simply pressing a button to retract the cloth roof.

The 2016 Camaro will be released this fall in America, but you never know it may come sooner to the UAE. Check out all our listings for new Camaro for sale in Dubai. 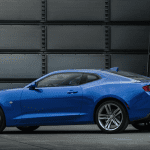 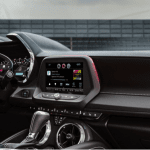 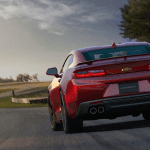 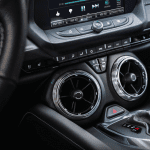 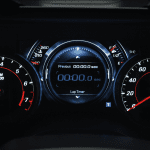 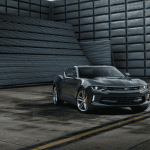