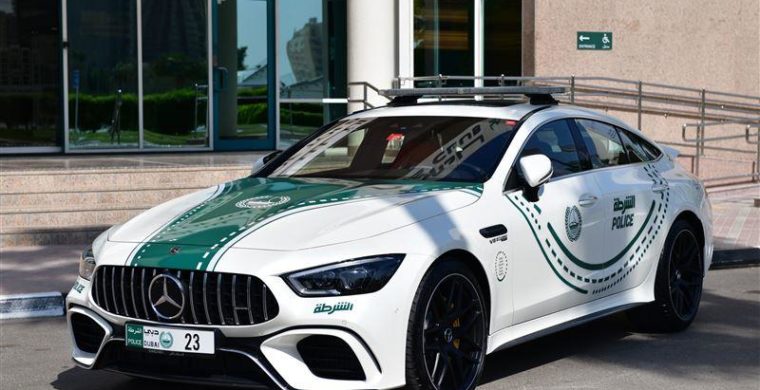 Just when you thought the Dubai Police’s vehicle fleet was fast, they’ve just added the latest Mercedes Super Saloon to their impressive lineup.

Previously on display at the Dubai International Motor Show 2019 a few weeks ago, the Mercedes-Benz AMG GT 63 S is now part of the fleet.

With a powerful twin-turbo 4-litre V8 engine, the four-door saloon is capable of doing 100 km/h in 3.2 seconds before hitting a top speed of 315 km/h.

639 horsepower is channeled to all-four wheels via an AMG-tuned 4Matic all-wheel drive system.

Their last addition was a feisty Italian in the guise of a Maserati GranTurismo.

Vehicles currently serving Dubai Police come in all shapes and sizes including a Ford Raptor, a Bugatti Veyron and even a Renault Zoe.

The total number of luxury patrol vehicles in the Dubai Police force is 15 cars.

Love what Dubai Police and want one for yourself? Dubicars has new and used cars for sale in Dubai, Sharjah, Abu Dhabi and Ajman.

2020 Volvo S60 arrives in style on the Palm Jumeirah