Rolls-Royce are known for their breathtaking limited edition models. This one is no different and is exclusive to the region. Oasis Edition, is the name given and it’s based off the Rolls-Royce Ghost.

Just three of these models are to be built, and without a doubt, there are already a handful of wealthy clients in the Middle East handing over their money to Rolls Royce for a chance to purchase one.

As of writing, no official price tag has been spoken of. We estimate to exceed the Rolls-Royce Ghost’s price tag by a few AED 100,000 due to its craftsmanship and exclusivity.

One model is finely covered in Aurum and Desert Dune metallic giving the Rolls-Royce Ghost a golden glow, another version features gold paint covering the centre while being surrounded in light beige and the third remains a bit of a mystery.

All three models proudly wear a motif just behind the rear windows of a heard of five camels. Inisde, a similar markings are found on the passenger glove compartment with the herd directed the other way towards an Oasis. They are also placed on the door panels and rear foldaway tables. The spectacular two-tone scheme continues inside with all of the brands cutting edge technology inside.

One example of the bespoke creation is on display in the brand’s premier showroom in Abu Dhabi. 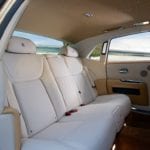 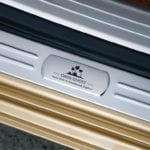 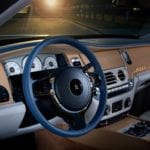 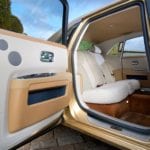 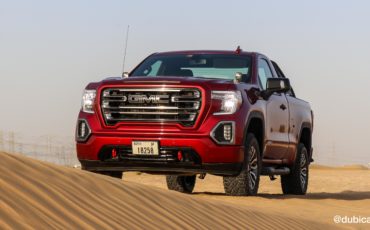