Finally, BMW has dropped the shadowy teaser images of the new Z4 and released a fresh batch of images showcasing the model before its grand debut today (17/8/2017).

Covered from head-to-toe in an exclusive shade of orange matte and is complemented by a set of black and silver alloy rims. As pointed out recently, the brand’s iconic double kidney grille adorns the front end which appears to be embedded deeper and points downwards with metallic highlight.

On either side, sharp LED headlights illuminate the road ahead and upon closer inspection of the hood, not only does it give off a muscular vibe, integrated air vents give whatever is hiding underneath access to cool air efficiently

Finally, a clear picture is included showcasing the dome-like structures behind the two seats. Not only are they eye-catching, they serve a purpose to channel air to the rear end.

Speaking of which, two shiny metallic exhaust tips stick of either side; however, the real highlight is the curved LED rear tail lights.

We’re still anticipating the release of power units, although some sources are claiming both four and six cylinder motors are on the way.

All we’re aware as of writing, are the transmissions available; a standard automatic and a much-desired manual box which won’t be available in the upcoming Supra of who shares its platform with the new Z4.

Fingers crossed, the new Z4 doesn’t strafe too far away from the concept model on show this weekend. 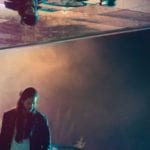 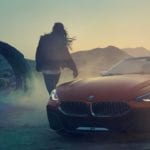 Swap your automatic UAE driving license for a manual this October