BMW 1-series has mainly graced roads around the world in either as a hatchback, coupe or convertible body style but as demands grew for a sedan model to be put into production, the German manufacturer did just that.

Now for the bad news, this model will only be available in the Chinese domestic market, not even the United States will have the model on showroom floors. However, if you want one badly enough, you could import one from the Asian country as they too drive on the left-hand side.

With it only available in China, Mercedes-Benz CLA-class and Audi A3 sedan are free to dominate markets around the world.

These Bimmers are designed, developed and built in China itself which could be one of the reason’s why the vehicle is only available in said country. The final production stays faithful to the concept shown previously. As always there are differences such as the larger wheels, side mirrors and front end to prepare it for rear world driving.

Not much is known about this model except that it’s said to ride on a similar platform as current BMW X1 models and 2-Series Active Tourer and Grand Tourer. 3 and 4-cylinder engines would presumably power the front wheels in standard trim and all-wheel drive in top trim.

In the meantime, you’ll have to settle for on of the body types that is available in our region. Dubicars.com has new BMW 1-series and used BMW 1-Series for sale in Dubai, Sharjah and Abu Dhabi. 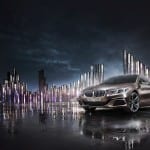 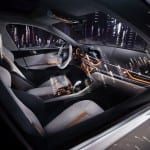 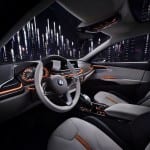