In the 1960’s Ford wanted to purchase Ferrari – seems crazy right? Could you imagine if Enzo Ferrari said yes and didn’t back out at the last minute? Good thing he didn’t. If he had the F40, LaFerrari, Testarossa and many others may have not seen the light of day. Of course Ford was infuriated with the outcome and gave his team instructions to build a car powerful enough to take down the famous prancing horse, which they did with the GT40. Production lasted only a few years, then in 2005 Ford rolled out the Ford GT which only lasted two years. Now a second generation is coming in 2017 and… it’s stunning! Making its debut at the North American International Motor Show it made a lot of jaws hit the floor with it’s massive rear end featuring two exhaust tips sticking out below the spoiler and round LED lights. The spoiler is said to adjust automatically to maximise aerodynamics or can be adjusted manually by the driver. At the front, two iconic inlets are present with LED lights adorning the front with bare carbon just below. Built on top of a lightweight chassis, carbon fibre makes up the composite of the shell bolted to an aluminium front and rear end. No more V8 power or manual shifting modes, powering the blue ovals supercar is a V6 Ecoboost 3.5 litre petrol engine twin-turbocharged I might add. Mated to a seven-speed automatic gearbox and pumping out 600+ horsepower. It’s based off an engine found in the Daytona 24 hour 2015 winning car, meaning it has serious potential. 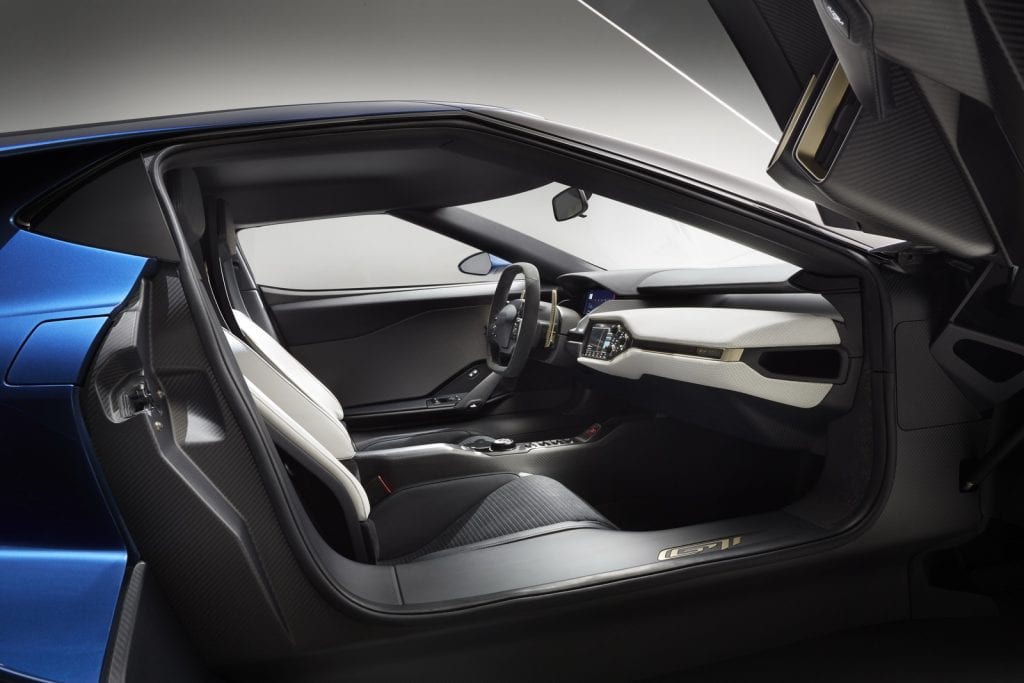 Inside, the driver’s seat is fixed much like in the LaFerrari, meaning the steering wheel and pedals can be electronically adjusted to fit the driver, instruments found in the dashboard are fully digital and also doubles up as a second screen for media and navigation options and is fully customizable.

Ford plans to build and sell only 250 units with production starting sometime next year. Much like the first generation as soon as production stops, prices will sky rocket!

Out on the road its competitors are its arch nemesis from Italy: the Ferrari 488, Germany’s Porsche 911 and a few others from around the world!

What’s the best news of all? Ford is taking on the world’s toughest endurance race (Le Mans) once again in 2016 to do battle with Chevrolet, Porsche and its main rival Ferrari! It will also run a full championship in America and Europe. 2016 also marks the 50th anniversary of Ford’s first win at Le Mans.

Interested in buying an older version? Check out new Ford GT and used Ford GT for sale in Dubai listings on dubicars.com 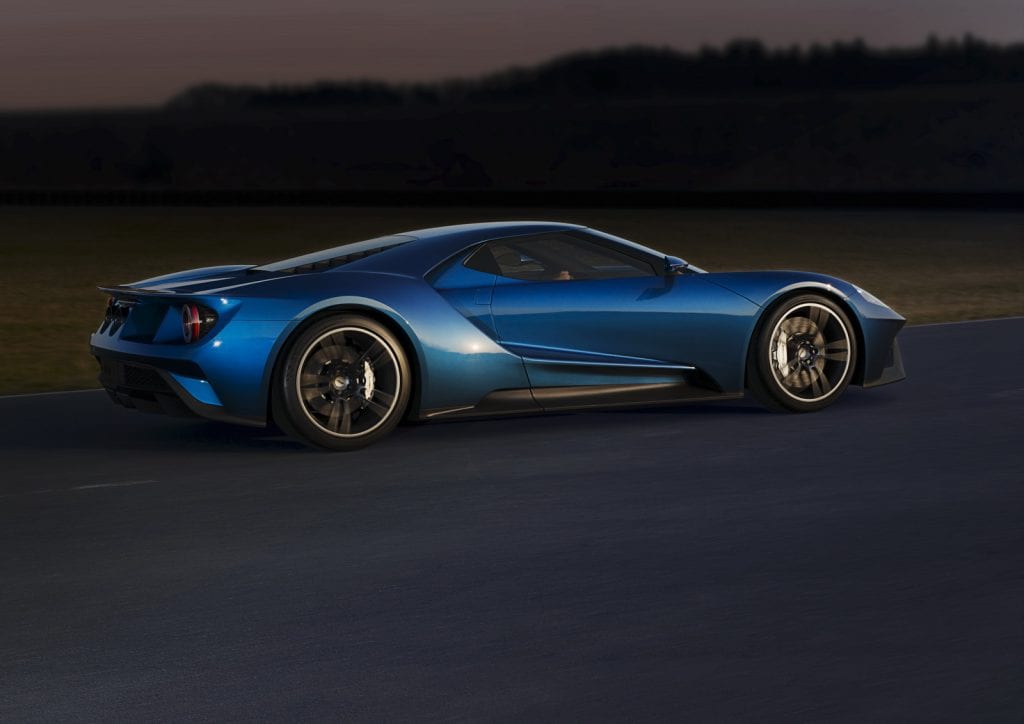 Hyundai Vision G Coupe wants a piece of Mercedes with their new concept!