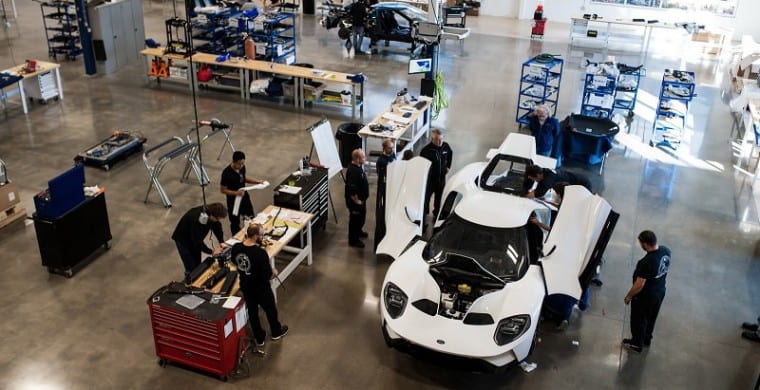 Ford has finally announced the first car production of the second generation supercar 2017 Ford GT, made its debut at the North American International Motor Show august last year as a concept.

According to the information we had, the first 2017 GT car was built in Ontario, Canada and delivered to the first customer.

The all-new Ford GT kept its unique look from an older generation with some modern curves and cuts, powering it will be a V6 eco-boost 3.5L engine with turbocharger allowing it to generate more than 600 horsepowers. Ford GT for sale in Dubai

The American manufacturer is planning to make only 250 GT cars per year for the next four years, this will make it 1,000 Ford GT cars in the world for this new generation.

If you’re willing to land your hands on one of these you better reach out Ford and order one now because once Ford stops selling it, prices will sky rocket!