BMW 3-series models appear to be falling behind rivals such as the Audi A4, Mercedes C-Class and Lexus IS series, but with the seventh-generation spotted recently in Germany, rivals best prepare themselves as 7-series markings are heading down the food chain.

Arriving as a 2018 model, BMW 3-series will sport many similar aspects such as the iconic double kidney front grille but upon further inspection, front lights appear curvier but do ignore the rear lights as they look to belong to a British sports car. And aside from the heavy camo affecting what is underneath don’t expect any drastic changes.

With rivals taking away more and more customers due to boot space and rear leg room. To bring them back, BMW is mainly focusing on these two aspects and in the meantime has managed to shave 80 kgs off the total weight. Thanks to heavy usage of aluminium, fuel economy and performance both increase.

All engine’s from the previous generation are set to return once again. GCC regions will receive both the four and six-cylinder models as will most countries. Some will even have optional three-cylinder and plug-in 330e models.

We’ve got loads of new BMW 3-Series and used BMW 3-Series for sale in Dubai, Sharjah or Abu Dhabi if you don’t want to wait. 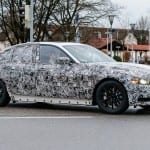 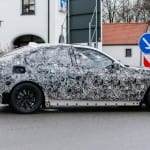 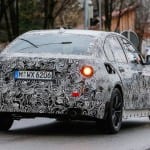 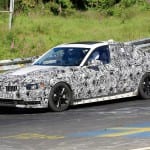 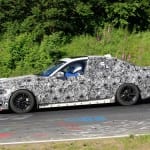