Earlier this week, pictures leaked online of the 2019 Z40 M40i. It seems BMW was not best pleased about this as they were trying to keep it under wraps until the end of August and as the new Z4 has been making the rounds, the vehicle has been revealed before its unveiling at the prestigious Pebble Beach.

Shown off in M40i guise, the latest model echoes that of the concept shown off previously.

But the most intriguing part of all this is the interior. Finally, we get our first glimpse of the sporty and high-tech cockpit.

Drivers can grip tight to a three-spoke multifunction steering wheel and have an uninterrupted view of the digital dashboard cluster which appears to be borrowed from the new 8-Series.

The centre column features the traditional iDrive infotainment system with metallic trim surround with slimmer air vents which are also surrounded by the same material.

Furthermore, there is also a small retractable panel which is said to be a wireless phone charger.

The 2019 version will be available with a selection of different engines, and the German manufacturer has already confirmed the M40i spec will have an “extremely powerful” six-cylinder engine. While they didn’t reveal specifics about the unit, it is expected to be fitted with two turbos and has a 3.0-litre displacement which is said to produce 380 horsepower.

BMW has conveniently confirmed the 2019 Z4 will have a locking rear diff and a lowered sports suspension with electronically controlled dampers.

Dubicars.com has used BMW Z-Series for sale in Dubai, Sharjah and Abu Dhabi. 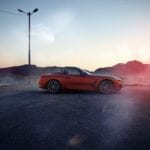 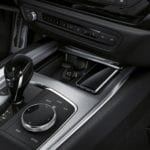 2019 Jeep Scrambler spotted getting down and dirty

Sell your car online for just AED 99 on dubicars.com