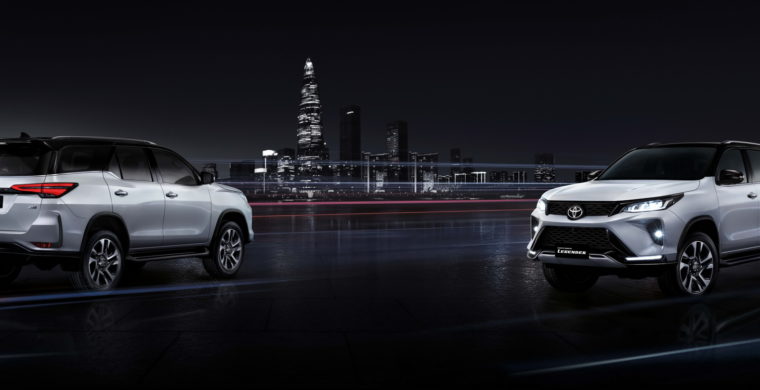 While in no dire need for a facelift, last week Toyota unveiled the refreshed 2021 Fortuner alongside the latest Hilux too. With the refresh comes minor revisions to help the Fortuner take the fight to its rivals.

On sale since 2015, the Fortuner still looks the part in the 7-seater family mid-size SUV category, but for 2021, it will strike fear into its rivals with bold looks.

The front bumper is more angular than the current model and has more large black vents with fog lights mounted inside.

Depending on the trim, the design of the grille and vents differ with some trim levels offering a horizontally split front grille.

Around the back are new headlights and more angular accents.

The two-tone paint finish is also new, at least for the GCC market.

A new diesel 2.8-litre turbo engine has been confirmed and will be made available in South East Asia and Australia upon launch. The motor cranks out 201 hp and 500 Nm of torque.

Despite delivering 27 more horsepower compared to the pre-facelift model, Toyota says additional measures have been taken to include improved cooling, which in turn result in better fuel consumption.

The cabin gets modesty changes, including a larger 8-inch infotainment system that supports Apple CarPlay and Android Auto.

Set to arrive in Australia in August 2020, expect the 2021 Fortuner to charge into UAE showrooms later this year.