After a prosperous 2017 for the BMW M2 and selling over 12,000 units in its first full year in production, the German manufacturer has revealed a special edition to celebrate the occasion. Known as the BMW M2 Coupe Edition Black Shadow, can you guess is the only colour BMW is offering for this model?

If you guessed black, you are bang on as Sapphire Black Metallic covers the exterior and is complemented by 19-inch black matt lightweight forged alloys featuring a Y-spoke design with what appear to be blue brake callipers lurking behind.

Additionally, the sleek coupe benefits from carbon finished side mirrors, signature double-kidney grille and trim bars finished in high-gloss black. The rear end also receives its fair share of enhancements including a carbon-finished rear diffuser and dark-chrome rear M double tailpipes flanking either side of the rear apron.

There are no changes to the potent 3.0-litre turbocharged straight-six engine as it continues to push out 370 horsepower towards the rear axle. Throw in the optional 7-speed automatic gearbox for good measure; the sleek coupe launches from 0-100 km/h in 4.3 seconds.

The BMW M2 Coupe Edition Black Shadow will be available from April 2018 in select markets. No pricing has been revealed as of writing or if it will be a limited run.

BMW does have something else in store for the BMW M2, a hardcore variant of the model currently referred to as the Competition. It remains a mystery when exactly we’ll see the model as it’s not confirmed for the Geneva Motor Show later on today, but rather the Bejing Motor Show in April is where it’s rumoured to show up in the flesh.

Dubicars.com has used BMW 2-Series for sale in Dubai. 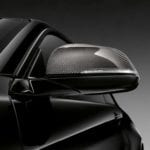 Interested in the Audi R8 RWS? Book yours online before they are sold out