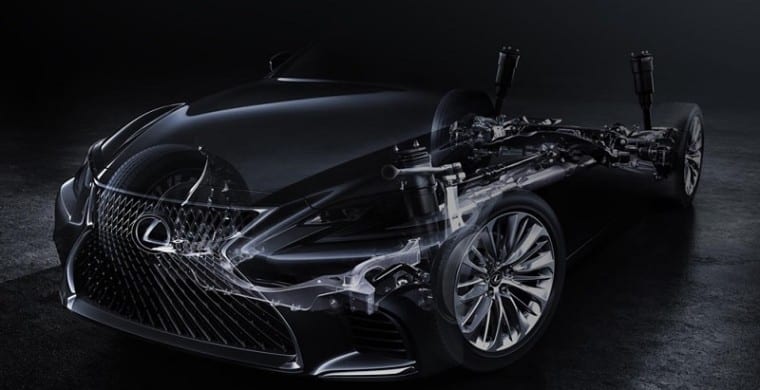 Starting 2017, Lexus the Japanese car manufacturer will start releasing the new 5th generation models of 2018 LS Series, they recently released a teaser photo to make us excited of what about to come in this luxurious sedan.

The photo was officially released publically on twitter before Detriot Motor Show (which we’ll be covering) describing it “Bolder, more visionary & more dynamic”.

As we noticed, many hints were taken from one of Lexus concepts the LF-FC and it is said to be built on a longer wheelbase taken from its sister model Lexus LC.

Having the new 2018 LS series with the same wheelbase as the Lexus LC makes us believe that both models will have lots in common like engine options, features and tech gadgets inside.

Engine wise, the information we have indicates 2 varieties to choose from in the new Lexus 2018 LS Series and those options are; a hybrid version with a six-cylinder 3.5-litre petrol engine generating 354 horsepower and of course a 5-litre V8 engine generating more than 470 horsepower.

In this generation, Lexus has built the new LS Series to rival and compete with Mercedes-Benz, BMW and Audi, specifically their S class, 7 series and A8 respectively.

Looking forward to buy a luxury sedan? We have plenty of those on Dubicars available for sale across the UAE. Take a look at our wide collection of Used Lexus LS for sale in Dubai, Sharjah and Ajman