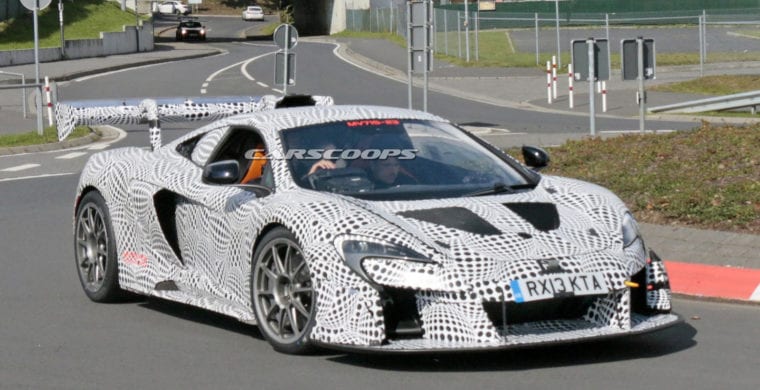 An unknown McLaren prototype has been spotted before entering the ring, but what is it?

What appears to be based on the 675 LT, this high-performance sports car is fitted with an aggressive front end thanks to an enlarged front splitter, fascia and new vents prominently featured on the hood. There is also an intake mounted on the roof and larger alloys adorning each corner covering larger brake discs.

Around the back, the British manufacturer has crafted an equally mean looking rear end complete with massive rear spoiler, central-mounted exhaust pipes, ventilated bumper and a unique rear diffuser.

Could this be the McLaren P1 successor?

Gracing the top half of the windshield is a small sticker that reads “MV715-23.” BP23 is the current internal codename for a P1 successor. With that in mind, we could be looking at this new model hiding underneath those annoying swirls.

Details remain scarce about McLaren’s new hypercar with only tiny shreds of information finding their way online. What we do know is that McLaren Special operations (MSO) will play a huge part in development and the model will boast an unusual three seat arrangement come 2019.

As with the rest of the vehicle, what drives the rear end is also a mystery. Sources say a 4.0-litre twin-turbo V8 aided by hybrid technology lays underneath the models aggressive exterior. If it is the P1 successor, expect more than the current 903 horsepower to be readily available.

Dubicars.com has new McLaren and used McLaren for sale in Dubai and Sharjah. 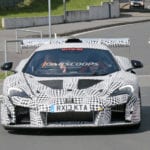 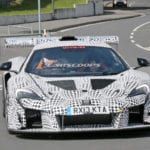 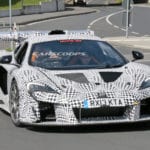 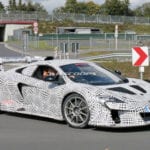 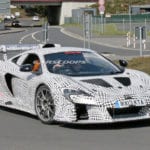 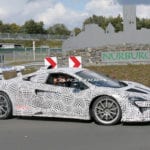 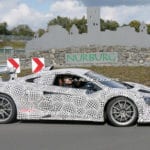 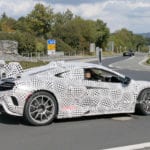 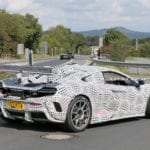 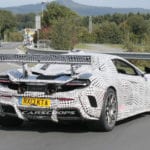 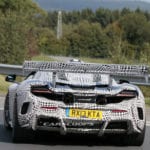 Buy an electric car in Dubai and get free parking and Salik!