Recent reports have this German-built sedan pegged with quite a few more horses running out of the exhaust tips with sources hinting out an impressive 400 horsepower. Current models spew out 375 hp, which is respectable especially when you think that there is a four-cylinder motor underneath the bonnet aided by a turbocharger or two.

The additional horses come courtesy from new fuel injectors, turbocharger and a few moderate changes to the combustion process. The upgrades come at the perfect time as rivals from other German powerhouses like Audi are also dropping a 400 horsepower engine underneath the front metal of the upcoming RS3.

And the upgrades don’t stop there. Next generation CLA45 models are said to roll on a lighter yet stronger chassis for an improved ride and a 9-speed automatic dual clutch gearbox exclusively powering all four wheels. 0-100 km/h is said to dip to the four-second mark and top speed is electronically capped at around 250+ km/h.

But before you can get your hands on the uprated sedan, you’ll have to wait till after the updated Mercedes-Benz A-Class model rolls out and it’s more potent brother; the Mercedes-Benz A45 AMG. Expect next generation Mercedes-Benz GLA crossover’s top roll out around the same time.

If 400 horsepower seems a bit much, reports also indicate that an alternative model will launch alongside with a healthy 275 horsepower instead.

No price has been unveiled yet, but that is expected as it is still in its testing phase. 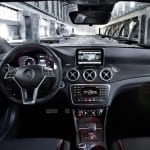 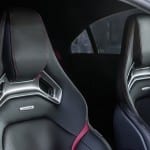 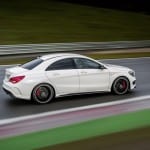 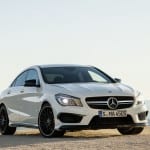 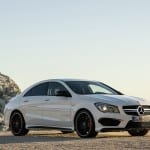 Rolls-Royce rolls out some 2017 special editions