While the automotive world is hard at work ensuring their latest and most significant models are ready to race up the Goodwood Hill Climb at this weekends Festival of Speed in the United Kingdom, Mini will also be in attendance, but they won’t be racing uphill, instead, a one-of-a-kind Cooper will be auctioned off during the event.

Created by Oliver Heilmer, Head of Mini Design, and his team, the one-off Mini Cooper was built for an extraordinary occasion that the entire world celebrated a few weeks ago; the wedding of Meghan, Duchess of Sussex and Prince Harry, Duke of Sussex. The unique hatchback was presented to their chosen charity to commemorate the occasion – the non-profit organisation Children’s HIV Association (CHIVA).

Now in the hands of the Charity, the bespoke Mini hosts a wide range of details including a roof graphic which incorporates the UK and US flags, custom sill plates, unique exterior finish and when you open the driver’s and front passenger door, an exclusive “Just Married” welcome message projects onto the ground.

The exclusive Mini will be auctioned off on the 13th of July.

Additionally, two other models will be on show including the Mini Electric Concept and Mini John Cooper Works GP Concept. The former of the two is somewhat of a taster for Mini’s first-ever fully-electric model which is set to debut in 2019. The latter is inspired by the companies successful racing history most notably 50 years ago in Monte Carlo. Out of the two, we really want to see the Mini John Cooper Works GP Concept hit the streets.

Both of these models were shown off last year at the Frankfurt International Motor Show.

Dubicars.com has new Mini and used Mini for sale in Dubai, Sharjah and Abu Dhabi. 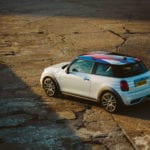 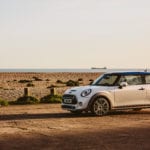 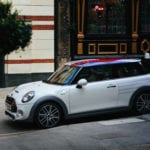 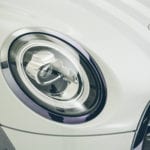 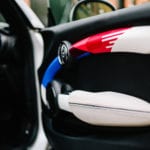 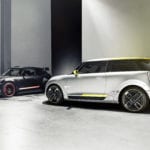 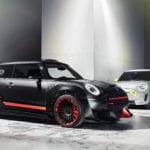 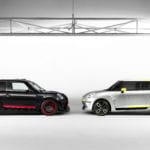 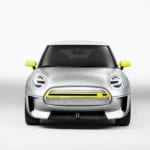 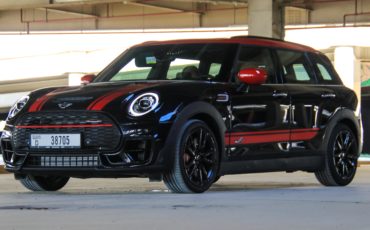 A stand out in the Mini lineup, the 2020 MINI Clubman JCW is an interesting one.…