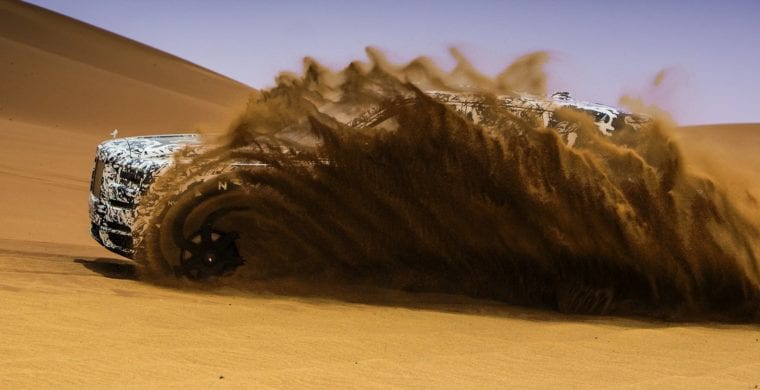 Whatever you have planned for the 10th of May, cancel it! Cancel it now! Next week, Rolls-Royce will finally peel away the camo from their first ever SUV; the Cullinan.

With Bentley’s Bentayga firmly in its sights, the Cullinan will use an aluminium spaceframe called the “Architecture of Luxury” which made its debut underneath the spectacular Phantom. Eventually, all Rolls-Royce models will utilise this platform.

What’s inside also remains a mystery, but it should have an ultra-luxurious cabin complete with high-grade leather upholstery, metallic accents and wood trim. The Cullinan will also boast a digital dashboard cluster as well as a new centre console.

We’re also aware that the Cullinan will have a unique feature. Called the Viewing Suite, owners can push a button which will automatically deploy a cocktail table and two leather-wrapped chairs from the lower half of the tailgate.

Performance figures still remain a mystery but it’s hard not to assume the brands first SUV will utilise the same twin-turbo 6.75-litre V12 motor currently used by the Phantom. With that said, we can look forward to 563 horsepower and 900 Nm of torque. Most likely, the engine will be paired with an eight-speed automatic gearbox which will direct power to a specially-designed all-wheel-drive system.

And from what we’ve seen, the Rolls-Royce Cullinan is quite comfortable in the Desert. 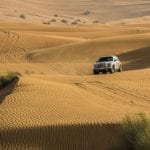 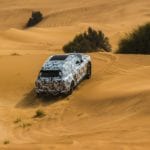 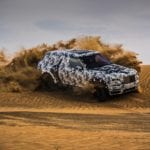 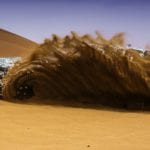 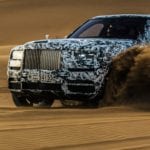