Last we heard of the 2018 Ford Mustang is that it will feature a 10-speed automatic but we hadn’t the slightest clue on what the fastback coupe would look like if the brand were to restyle it.

We might have an idea now as the 2018 model has found its way online via a popular video sharing site giving us a clear picture of the design tweaks.

Bolted to the front end is a slightly redesigned bumper with new openings to suck air in, a reworked bonnet, larger LED’s on either side and if you direct your focus to the far corners of the headlights, you’ll see a small indent.

Additionally, lights inside each housing appear to be reshaped too.

Around the back of the 2018 Ford Mustang, the blue oval has slightly altered the eye-catching gill inspired tailights and just above, the spoiler looks to have a redesigned support bracket mounted centrally.

No signs of the interior appear although we expect slight revisions to the interface, steering wheel and trims depending on model and engine size.

On top of the 10-speed automatic gearbox which is a joint operation between Ford and GM, it’s rumored that the 3.7-litre V6 petrol motor could be dropped in favour for the cylinder EcoBoost unit.

2018 Ford Mustang models are to arrive on showroom floors later this year with an unknown price, until then there is more than enough time to buy yourself a new Ford Mustang and used Ford Mustang for sale in Dubai, Sharjah, Ajman and Abu Dhabi. 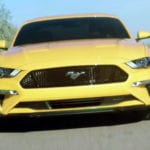 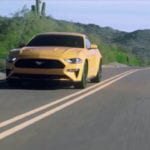 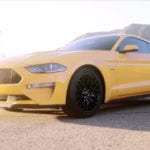 10 Tips to Save Fuel Every Driver Should Know