Are you in the market for a brand new Ford Mustang? Just hold on a little longer as the 2019 Ford Mustang California Special is on its way.

Underneath the bonnet bellows a mighty V8 5.0-litre petrol engine driving the rear axle via a six-speed manual transmission.

The Ford Mustang California Special joins the ever-growing muscle car lineup which now consists of the Bullitt Mustang, GT350 and GT350R. A GT500 is rumoured to be on the way as is the Boss Mustang and the Mach 1 nameplate is also said to return. However, it won’t be gracing a Ford muscle car. Instead, it will be attached to an all-electric crossover SUV.

Aside from the special edition returning, Ford has extended the options list which includes a new Bang & Olufsen Sound system, and a variable exhaust can now be had with EcoBoost models. Ford is also offering a new set of colours for their iconic pony car.

The Iconic Ford Mustang California Special dates all the back to the late sixties. Drawing inspiration from the 1967 Shelby GT prototype, as with today’s versions, it served as an aesthetic upgrade kit for the top tier Mustang.

The model will go on sale later this year in the US for a price to be finalised closer to launch. 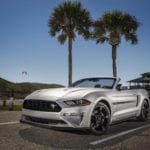 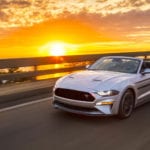 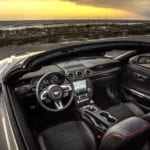