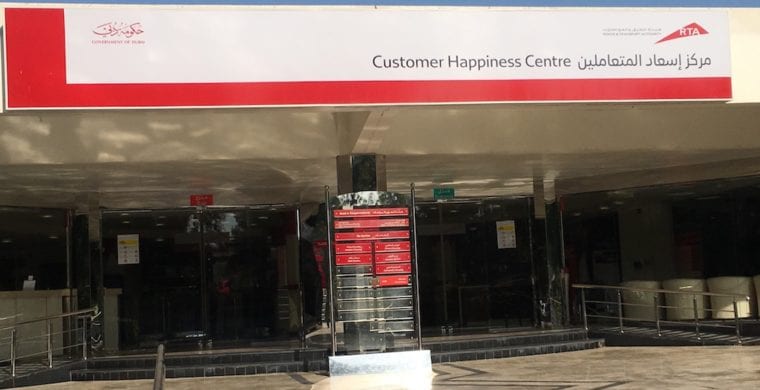 I noticed the front Dubai number plate of my car was missing when I parked it last night and when I checked the CCTV cameras to see if someone took it off, turns out I came home without it.

The car number plate might have dropped off when I was driving on the highway, unfortunately, I can’t drive my car until I have a plate replacement from RTA otherwise, Dubai Police won’t be happy about that.

Follow along with the detailed guide. You’ll need a copy of the following documents with the originals present with you just in case.

The first step, you need a lost item report from Dubai Police for RTA to issue another plate. Head to the nearest police station in Dubai with a copy of your Mulkiya.

The police officer will take the Mulkiya copy and start making a report for a lost item in the system, it takes a minute. The report will be printed and stamped and handed over to you. 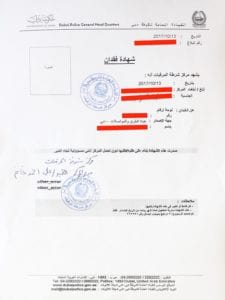 Now that you have a police report, you need to go to an RTA office, not any RTA office is okay. You need a branch with plate factory and we recommend the RTA headquarters in Deira near the airport. Attached is the location.

In the Road and Transport Authority office you need to pay another 70 dirhams for each plate number you’ve lost. That’s the replacement fee. Attached is a picture of RTA number plate receipt. 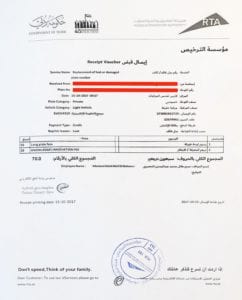 Payment voucher from RTA to get your new plates replacement. Fees 70 per plate

Do the payment at the counter and head to the number plates counter, the officer will ask you to wait few minutes. Then you will be handed a brand new plate to attach on your car.

That’s it. You paid 70 at Dubai police. Another 70 in RTA. Making the total bill 140 dirhams to replace your lost car number plate.