The world is currently glued to their screens for the World Cup, and Kia has been making headlines for its global brand campaign by launching several marketing activities associated with the tournament.

Kia is operating eco-friendly vehicles at the World Cup for the first time ever!

Reppin’ the role since 2007, Kia – being the official automotive partner of FIFA – will work to facilitate the safe and convenient mobility of players, referees, management and staff. 297 passenger cars (including Telluride, Sorento, Sportage and Carnival) will be joined by 80 of Kia’s most eco-friendly models (EV6 GT-line, Sorento PHEV and Niro PHEV) as well as 70 buses for this purpose.

EV6 GT-line will also see a feature in Kia’s digital content collab with FIFA+ (FIFA’s OTT platform), and the content will feature football legends riding an EV6 GT-line and having an interesting talk about the World Cup.

“Kia believes that the FIFA World Cup 2022™ is a huge cultural movement beyond just a sports event. As a FIFA official partner, we are delighted to have this opportunity to deliver special experiences to people around the world who have been exhausted by the long COVID pandemic. Like our campaign message ‘Inspiration, it’s in all of us,’ we hope that people of all ages and backgrounds will discover new inspiration in their lives as they watch the exciting moments of the World Cup unfold before their eyes.”

In line with Kia’s key brand message, ‘Inspiration. It’s in all of us,’ Kia’s initiatives will display the brand’s goal to unite fans from all over the world in their belief that their team will reach the very top

Kia has also unveiled their campaign hero film depicting how football is not just a sport, but a movement!

Every four years, humanity learns that football is not just a sport, it’s a movement. Every shot, every tackle, and every second gives people the belief that they are all capable of great things. To support that, Kia has unveiled its campaign hero film featuring daily lives of people who are inspired by the moment of the World Cup on TV on all social media platforms So, you’re planning to sell your car, you’re at your desk, you’re on DubiCars, ready to… 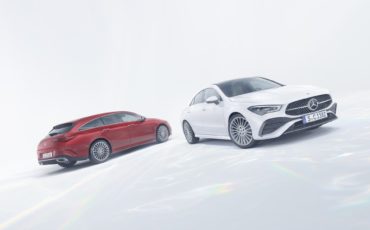