What our customers are saying about the GMC Yukon in Dubai, UAE

Ahmed - My import pre owned Yukon Denali is perfect for the UAE. It has all the options I need and even though it may be old, it can traverse the desert just as a newer version would. Definitely, recommend these cars to anyone looking buy an SUV in Dubai.
Pros: Build quality, options and off road ability.
Cons: Parts can be hard to find due to age.

Bilal - It was a tough choice between the Tahoe and Yukon cars. In the end, a second hand GMC won due to its price in UAE. For the options it has, the Chevy can’t compare. Powerful engine and comfortable interior.
Pros: Engine and options.
Cons: Size.

Tina - While my used Yukon SLE is a bit on the large size, these cars are ideal for Dubai. Powerful a/c, fantastic options to keep the kids busy on trips to Abu Dhabi and the engine is quite powerful.
Pros: Options, comfort and engine power.
Cons: Fuel consumption.

Five reasons to buy a GMC Yukon in Dubai, UAE

About the GMC Yukon

Based off the Chevrolet Tahoe, the Yukon offers customers a bit more luxury for an extra fee of course even though the Yukon debuted before the Tahoe did by almost two years. To this day, the Yukon has proved popular not just in the GCC but Export markets as well as they are comfortable, packed with options, can fit multiple people and provide enough power to get from A to B. 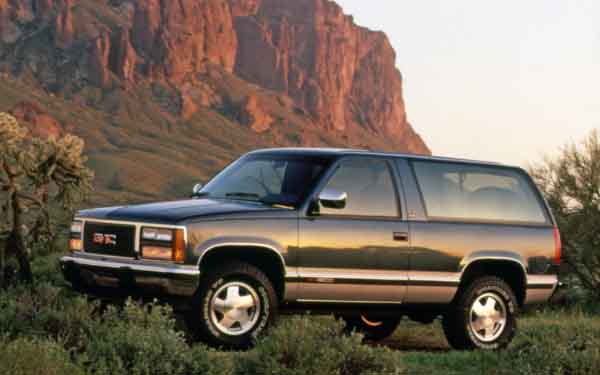 In its first generation, the American SUV is available as a two door or a four door model and sported a boxy design. Base models are equipped power accessories, radio tuner, fabric seats and 16-inch rims on each corner.

1999 models sprouted the Denali trim line which caters to those that wanted a rough and tough SUV that also provided luxury. Other trim levels include the Yukon GT.

Power comes from a selection of V8’s mated to a 4-speed automatic gearbox. Power is sent to the rear wheels in base models with higher trims receiving four wheel drive trains.

Looking for a used GMC Yukon for sale in Dubai, UAE? Prices start at AED 35,000. 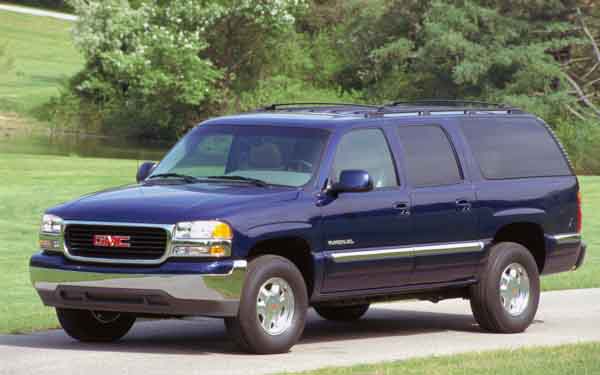 Now in its second generation, the Yukon returns with minor upgrades to the interior and exterior. Softer lines are clearly visible on the outside and inside there are new seats, dashboard and door panels.

The Denali trim returns once again, with larger rims and unique trim pieces.

Stability control was added in 2003 as an optional extra and became a standard feature in 2006.

Powering the rear wheels as standard is a choice of two V8’s mated to a 4-speed automatic. Four-wheel drive is available as an options extra.

Looking for a pre owned GMC Yukon for sale in Dubai, UAE? Prices start at AED 11,000. 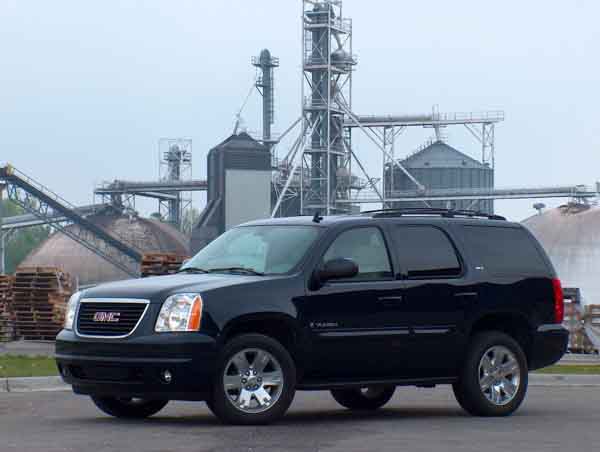 Now in its third generation; the large American SUV has an all-new look with a redesigned interior.

Top trim models are commonly referred to as Denali models and boast many high-end options, chrome trim, 20-inch rims but sheds some of it’s off road abilities. Yukon XL models are rebadged Chevrolet Suburban models and if you didn’t guess, have an extended wheelbase as well as having the third allowing for more items to be thrown in the boot.

A choice of two V8’s are available to power all four wheels while mated to a four-speed or six-speed automatic gearbox. Rear wheel drive models are available in select countries around the world. 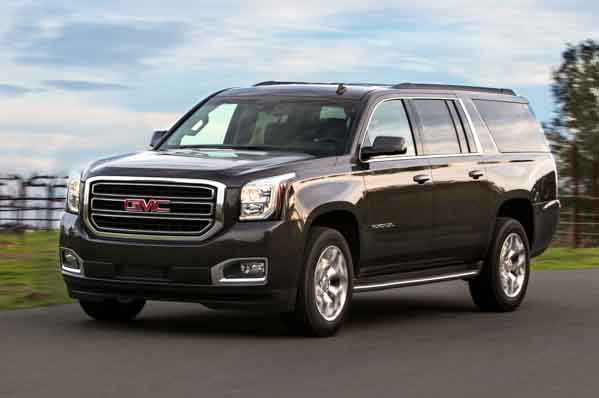 In its fifth generation, the Yukon receives a fresh new look much like the Sierra pickup line did. With an intimidating front grille and reworked rear end, the Yukon look bigger than ever before. New lights are wedged on either side of the new grille, and new lights adorn the rear end as well along with a set of new rims.

Three trims are available, SLE, SLT and Denali. Standard features include fabric seats, power accessories, CD player and other base features much like previous models did with the inclusion of ABS and airbags.