What our customers are saying about the Mitsubishi Pajero in Dubai, UAE

Mike - I bought second hand Mitsubishi Pajero 3.0L V6. It’s quite old, but it was in my price bracket. Good cars for long journeys and when you’ve got driving duties back and forth from rugby games. Lots of space and next year I’m planning to buy the 3.8 full option model.
Pros: Space, fuel consumption and comfort.
Cons: Loose trim pieces.

Christine - I searched for ages for an Import Pajero GLX 3.5L but to no avail. Had to settle for a pre owned 3.5 GLS GCC model instead. Very robust cars and the options are ok. Space is plentiful especially with the rear seats folded down.
Pros: Space and comfort.
Cons: Options.

Gillian - We got our used Pajero online for a good price in UAE. It’s the short wheelbase model as we already have a five-door model to take the kids to school. Both are spacious, offer good fuel economy, and it does pretty well in the dunes.
Pros: Fuel, off road ability and space.
Cons: Options aren’t fantastic even with full option models.

Five reason to buy a Mitsubishi Pajero in Dubai, UAE

About the Mitsubishi Pajero in Dubai, UAE

Starting life off as a boxy SUV, the Pajero maintains its heritage even if it isn’t visible. Still a favourite around the world even with sales ceasing in 2006. They may not be filled with options like a Range Rover, but they get the job done no matter what.

In select regions of the world, the Pajero name is not used due to certain reasons. Instead, the Montero and Shogun name are used instead. It’s also quite the vehicle to take off road as proved in the Dakar rally where it still remains the most successful vehicle in the races gruelling history winning its class multiple times. That may have helped sales as well. 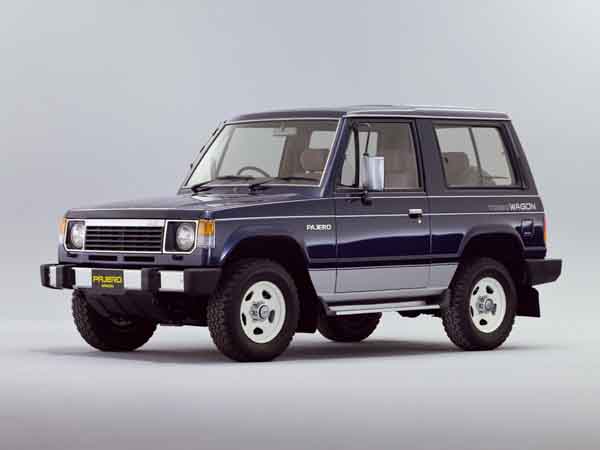 Debuting with a boxy design which appears to be a style of the times, the Pajero proved popular around the world as it could pretty much go anywhere including asphalt and sand. Options weren’t fantastic according to today’s standards, but there was enough to keep everyone happy.

The Pajero was primarily available as a two-door SUV, but due to popular demand, a four-door version was released shortly into its life cycle.

Power comes from either a four-cylinder motor or a six cylinder 3-litre petrol motor. Base models are powered by the rear wheels whereas four-wheel-drive models are available. Controlling the power units is a choice between a manual or automatic gearbox.

Diesel models are available too with turbochargers.

Looking to buy a used Mitsubishi Pajero for sale in Dubai, UAE. Prices are unknown as none have popped up for sale recently. 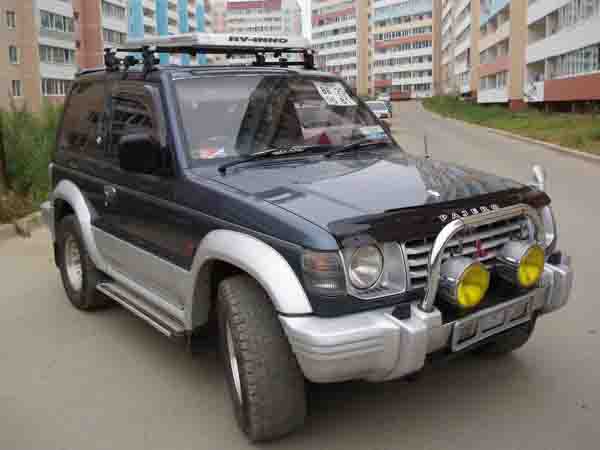 In its second generation, the Pajero is larger in size. Short wheel base or two door models are 70 mm longer, and the long wheelbase, or four-door models are 30 mm longer. Base models have basic interior options once again. Fabric seats, manual accessories and manual seats.

Extras include a trailer coupling, sunroof and other options from the previous generation.

Power comes from a variety of V6 motors with a displacement of 3-litres or above. Both the manual and automatic gearboxes are retained for a few more years. 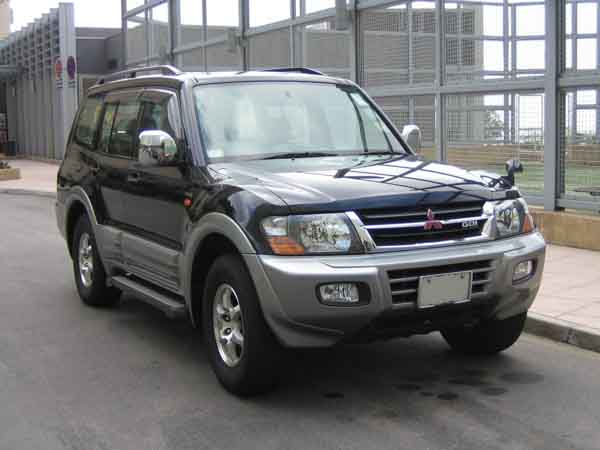 Now in its third generation, the Pajero returned for another few years with an all new look. Available as a two door or four door SUV, it’s popularity maintained around the world.

GCC models are standard as four wheel drives and are powered by either a 3-litre or 3.8-litre V6 petrol engine mated to a four or five-speed automatic gearbox. Manual models are available on the export market. 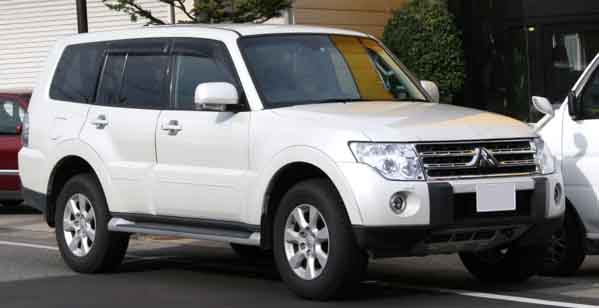 Now in its fourth generation, the Mitsubishi Pajero sports an all new design to all four corners. This includes an all new face, rear end and rim designs on each corner.

3.5 models have unique rim patterns to those found on the 3.8 version.

In 2015 trim and onwards, the Mitsubishi Pajero has a new look inclusive of a revised front grille and bumper, LED daytime running lights, and a new spare tyre cover mounted on the rear. The interior is also slightly modified and includes new trim material, accents and sound reducing properties.

While it is unknown how the Pajero will look in the future, the Japanese brand has confirmed that an all-new design is on its way as is a plug-in hybrid version of the icon.