What our customers saying about the Hyundai Santa Fe for sale in Dubai, UAE

Ahmed - I wanted to buy a reliable and spacious SUV, everyone told me to go for a second hand Santa Fe to get me around the UAE. They were all right, as there is tonnes of space inside and the options are just enough for the price tag.
Pros: Seating capacity, resale value and options.
Cons: Manual transmission is difficult to find in Dubai.

Joey - When it came to buying pre owned cars I instantly searched for used Hyundai Santa Fe for sale in Dubai, UAE. The price of these cars are unreal for the options and the space each one has, less than 50,000 AED for a seven seater SUV is great. The only problem is the 2.4 litre doesn’t produce enough power at times.
Pros: Price, sturdiness and interior space.
Cons: Speed.

Fahad - Looking for a used import Santa Fe 3.3 L Full option V6 4WD for a good price in Dubai took some time but when I found it I couldn’t resist. Plenty of space inside and the options both inside and out are enough to keep everyone entertained. A Very robust vehicle too.
Pros: Reliability and space.
Cons: Handling is a bit off.

About the Hyundai Santa Fe

Once again, Hyundai named an SUV after a city in the western hemisphere. Launching at the same time as the Ford Escape and the ill-fated Pontiac Aztek, the mid-size SUV grew into full-size SUV in 2006 and has continued to prove popular around the world.

Over the years, the Santa Fe has won numerous awards including being among the top 10 vehicles and for safety reasons. 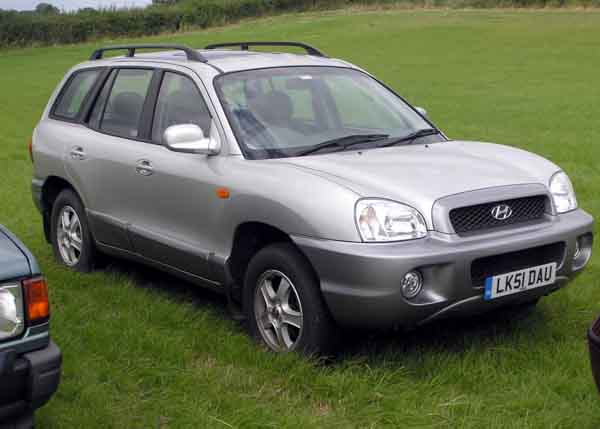 With a rounded shape similar to that found on Kia SUV’s for the time, Hyundai’s first-generation of the Santa Fe graced the roads with 16-inch rims, bulb headlights, fabric seats, air conditioning, CD player, and powered accessories along with enough space for seven seats.

Power is generated by either a four cylinder or six cylinder petrol engine mated to either an automatic or manual gearbox with either as a front wheel drive setup in standard trim and four-wheel drive in top trim. 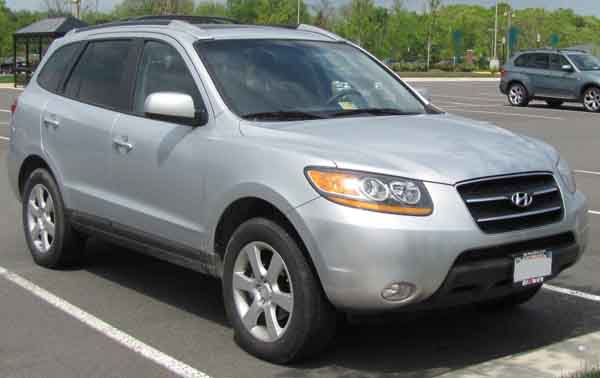 In its second generation, the Hyundai Santa Fe launched in the GCC with an all new look to the previous generation. The rounded shape is ironed out, new lights and larger dimensions.

In 2010, the Santa Fe underwent a minor facelift which included a new grille and rear tail lights. Bluetooth also pops up as an optional extra along with navigation, media inputs and reverse camera. A year later, an Infinity premium sound system became standard on higher trim levels.

In GCC countries only the 2.7-litre V6 petrol engine is available mated to a four-speed automatic gearbox with a rarer manual version being few and far between. Four wheel drive is also standard whereas overseas, a front wheel drive and four-cylinder motor are available. 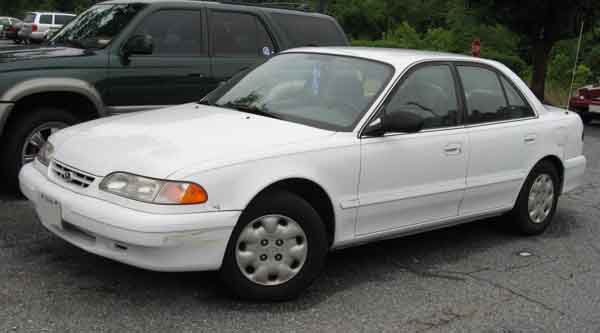 Entering its third generation, once again the SUV went under a major redesign to give it a fresh look and for the first time in the UAE with seven seats. Although it measures smaller than the previous generation model, it still offers ample amounts of space.

The Standard version is equipped with air conditioning and airbags whereas mid-level options include fabric seats, radio tuner, media inputs and a rear spoiler whereas higher trim and optional extras include Bluetooth, leather seats, cooling options for the front seats, 8-inch media display with navigation options, xenon headlights, memory seats and a panoramic sunroof as well as previous optional extras. 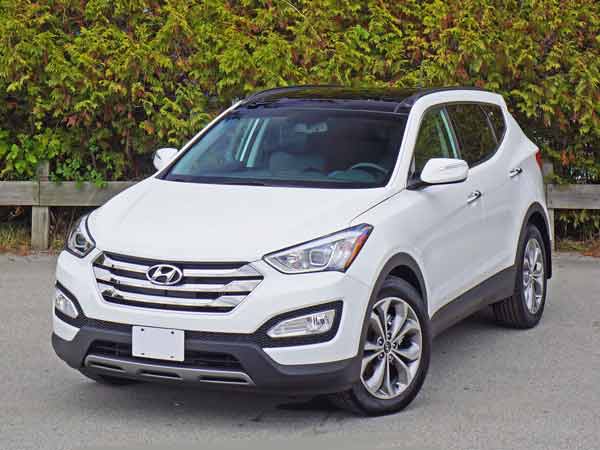 In 2017, the Santa Fe now comes in a long-wheelbase along with a facelift for all models with restyled rear and front lights.

In 2017 trim, the Rio is to receive a major overhaul to both the inside and outside with all new features such as Apple CarPlay or Android Auto