Save this search - get notified about similar cars
Free valuation Valuation

What our customers are saying about the Nissan Patrol in Dubai, UAE

Omar - I bought my used Nissan Patrol LE Platinum last year from a dealer after seeing it online. Excellent specs for Dubai as the a/c is super, the rear entertainment package keeps my kids entertained and the cooled seats work wonders when it’s 50+ degrees outside.
Pros: The VVEL DIG transmission, options, space and off road abilities.
Cons: Can be hard to park due to small spaces.

Aboud - I imported my Patrol SE last year from Europe as it was the only part of the world I could find one of these cars at a reasonable price. It may look old. But that’s why I wanted it as you never see them on the streets of the UAE. Going off road is a blast in these cars!
Pros: Off road.
Cons: Due to its age it can be hard to find parts.

Hameed - Pre owned Nissan Patrol’s are the best cars to buy. Nice price, very good options inside even though the XE version can have less options but still has strong air conditioning and navigation system can easily be installed.
Pros: Off road driving, interior and safety features.
Cons: XE options.

Five reasons to buy a Nissan Patrol in Dubai, UAE

About the Nissan Patrol in Dubai, UAE

Debuting in the early 50’s, the Japanese brand witnessed the success of the Willy’s Jeep and had to make their own rival steal the spotlight. While they did this, the Patrol popularity didn’t happen overnight. Instead, it took many years. Since then, they have dominated the GCC region most notably in later years with the Y60, Y61 and Y62 version. Due to its immense popularity in the region, many special editions have been commissioned for those who can’t get enough. 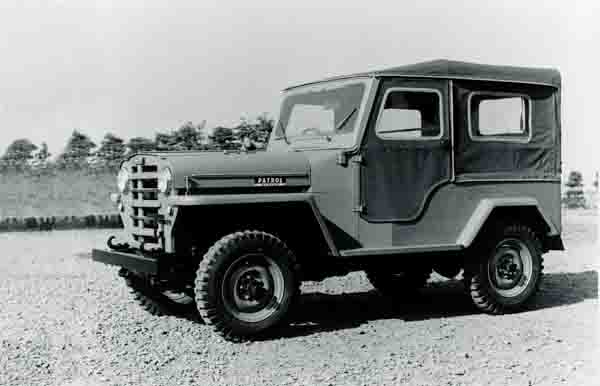 This is where is all began. In its first generation, the Nissan Patrol is available as a two-door SUV or pickup. Not only was Nissan trying to take away sales from the iconic Jeep, they followed a similar design pattern. With its simple design and a simple interior. Just fabric seats, a steering wheel and a manual gear lever.

All models are four-wheel drive and are powered by a selection of inline six cylinder motors. Manual gears are the only ones available.

Looking for a used Nissan Patrol for sale in Dubai, UAE? Finding one in this generation has proved difficult even for elite buyers. Search hard enough, and you may get lucky. 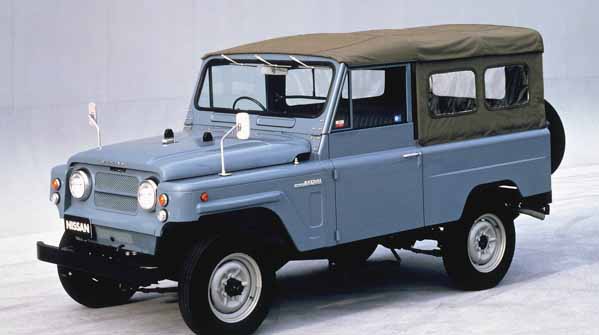 In its second generation, the rugged SUV sports a different look to the one found on the previous generation. Gone are the wheel arches that stick out and in their place is are fuller ones instead. The front grille and headlights sit further back; the front end is curved instead of straight, and the rims feature a new design.

The interior is also unique however the features are not. Side doors are mandatory but can easily remove with a little bit of elbow grease.

Four wheel drive is the favourite once again mated to a manual gearbox. A single six cylinder motor is available.

Want to buy a pre owned Nissan Patrol for sale in Dubai, UAE? Prices are unknown for this generation as these models pop up for sale infrequently. 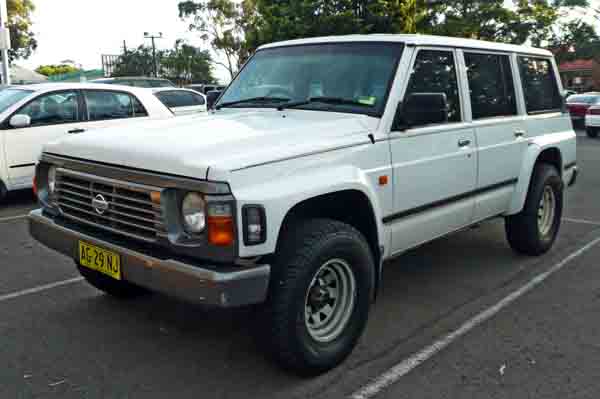 In its third generation, the rugged off-roader sports a new body that is not only more robust but boxy in design.

Six cylinders power all four wheels with a variety of displacements. Automatic transmissions are also available alongside the manual ones that powered the cars for two generations. Rear wheel drive models are also available. V8 models do exist. However, they are exclusive to military vehicles.

In the late 80’s, a slightly altered version of the Patrol launched in select countries. Their most distinct characteristics are the square headlights and lack of automatic gears. These examples were built up until 2002! During their lifespan, these models did receive updates to keep in check with the times.

Looking for a second hand Nissan Patrol for sale in Dubai, UAE? Prices start at AED 16,000. 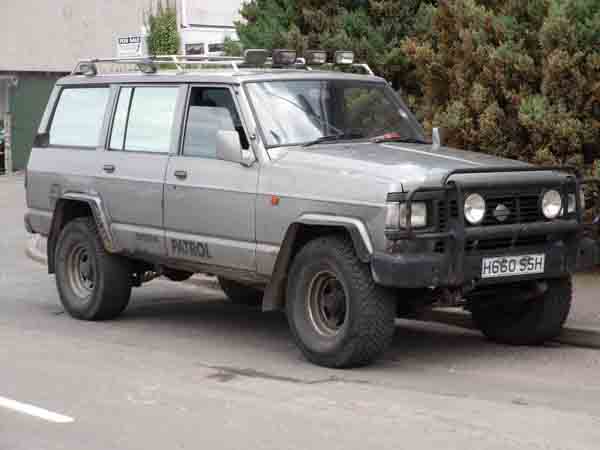 In its fourth generation, Nissan revamped the Patrol once again. Keeping its off-road prowess, the Patrol is available as a two-door SUV or a four-door model.

Six cylinder motors return once again with various displacements. Both manual and automatic transmissions are available to power either the rear wheels or all four of them. 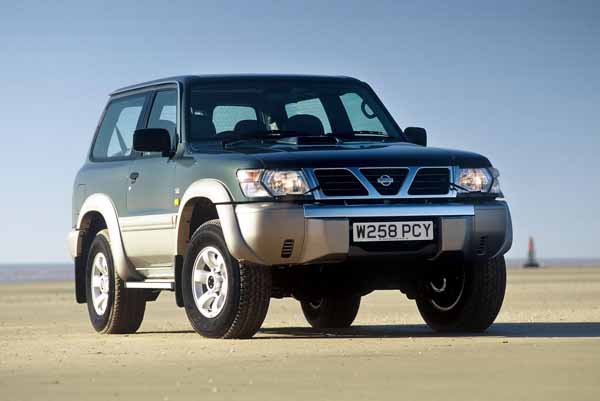 In its fifth generation, the Patrol features an all new design once again both inside and out. Front airbags are now standard are seven seats. Optional extras consist of a sunroof, media inputs, CD player, cool box, cruise control and leather seats.

A selection of inline six cylinder motors are on offer with both petrol and diesel options. In select regions a four-cylinder model is available. Manual and automatic gearboxes are available to power the rear wheels as standard or all four of them. 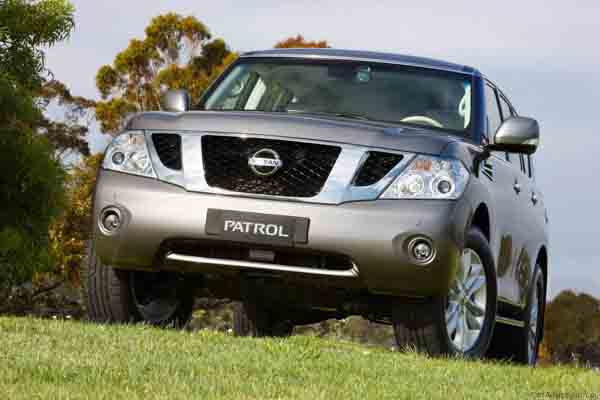 In its sixth generation, Nissan completely redesigned the Nissan Patrol giving it not only a new exterior and interior but larger dimensions as well.

SE models are equipped with all that and an 8-inch media screen, navigation, USB inputs, six speakers, electric sunroof, roof rails and a selection of safety features. Some of these are standard while others are optional exterior. SE Platinum City models boast all of the above mentioned as well as a rear entertainment system, BOSE premium sound system, remote engine starter and multi-function steering wheel.

LE models are packed with identical specs as well as a multi-function steering wheel and a few extras. These models don’t have the previously mentioned BOSE system. LE Platinum City has everything mentioned already including the premium sound system, as well as climate control seats, 20-inch rims and plenty of exclusive options.

All trim levels are powered by a 5.6-litre V8 petrol motor hooked up to an automatic gearbox powering all four wheels. XE and SE models are rated at 320 horsepower, and LE and Platinum models pump out 400 hp.

In 2017 trim, XE and SE models are now equipped with a six cylinder motor instead of the mighty V8. SE Platinum models also lose the cool seat option, but everything else is identical to other trim levels. 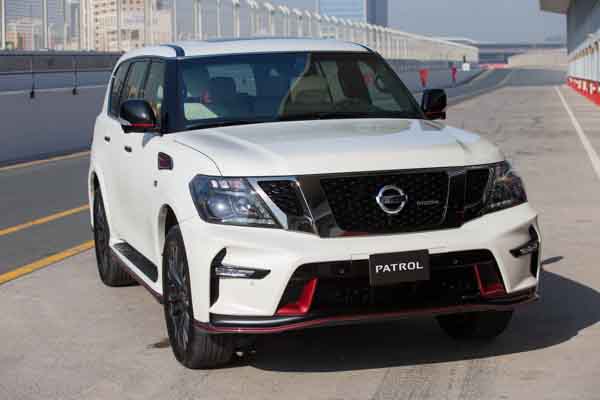 These models are badged as Nissan Armada in the US and can be differed by the larger bumpers, grille and body cladding.

An extensive range of special editions are available in this generation with a fair few being regional exclusive including the Desert Edition which is equipped with 18-inch beadlock rims, extra protection on the undercarriage, on board air compressor and an optional flag. NISMO editions pack a bigger punch and new body accents where has Gannas Edition is similar to the Desert Edition except with different badges.