What are our customers saying about the Toyota Tundra in Dubai

Khalil - My import pre-owned Toyota Tundra 5.7L V8 Limited has everything I need. Cooled seats, Navigation, Bluetooth and leather seats. I don’t get why the cars are not GCC spec.
Pros: Power, options and reliability.
Cons: Fuel consumption and no GCC specs.

Wayne - I had to export my Tundra 1794 edition when I moved to Dubai as I couldn't live without it. No luxury pick up can compete and from what I have seen, resale value is high meaning If I need to sell it I can easily find someone to buy it.
Pros: Resale price, space and powerful V8.
Cons: Hard to park in malls of the UAE.

Abdullah - Buying a second hand Toyota Tundra Platinum for a good price is easy as they are popular here. With the iForce V8 engine powering all four wheels it gets the job done in the desert or on the road. My cousins also own an SR5 and Limited model.
Pros: Towing capacity, specs and resale value.
Cons: No GCC specs.

Five reasons to buy a Toyota Tundra in Dubai, UAE

About the Toyota Tundra

Debuting in 2000 as a full-size pickup, the Japanese brand firmly set their eyes on the big American trio and others to run with the big boys of the pickup segment. Which they did successfully and continued to do so till date. Manufactured in the United States instead of Japan, it increasingly became a mainstay on American roads despite being a Japanese brand.

Over the years, the Tundra has won numerous awards with the likes of Motor Trend voting it Turck of the Year in 2000 and 2008. There is no GCC spec Tundras but If you’d like to buy one, you’ll have to get one from the import market.

Originally titled the Toyota T150 as it is the successor of the T100, the Tundra rolled out for its first generation. Rolling on a larger frame than its predecessor, the pickup was an instant hit for the Japanese brand.

Available as a single cab or double cab, these trucks sports a rounded off body with a slanted grille. Most models rolled with a squared-off rear end. However, the company also sold select models with more curvaceous rear end known as stepside.

Inside seating capacity could hold anywhere between two and five occupants depending on the cab. Access cab’s that have four doors do have five seats although rear legroom is a bit on the small side.

Tundra’s during this period are equipped with either a V6 or V8 petrol motor with various displacements. All models can be had with either an automatic or manual transmission driving all four wheels or the rear tyres. 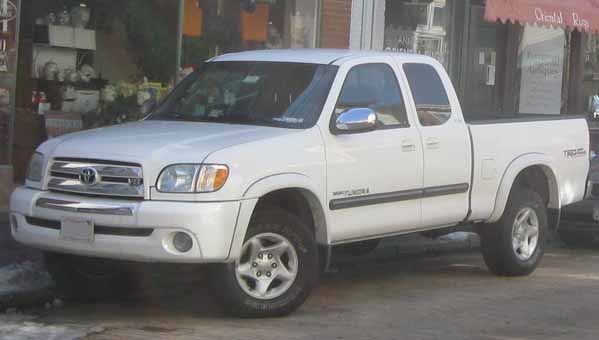 In 2003 trim, Tundra received a minor facelift, and the stepside rear end was made available to more models. Interior options of the Toyota Sequoia also started to appear inside.

Over the years a series of limited editions were made available including a Terminator inspired version to coincide with the latest movie of the time. Dubbed the T3 special edition, these models were equipped with blacked out grille and trim pieces, T3 badges, TRD engine and unique 17-inch rims on each corner.

Looking to buy a second hand Toyota Tundra for sale in Dubai, UAE? Prices in this generation start at AED 17,000 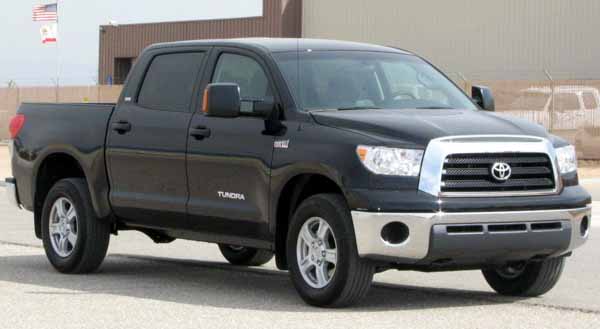 Powering its way into its second generation, the Tundra's momentum continued. Rolling on an enlarged platform once again, the vehicle luckily steered away from the FTX concept that debuted in 2004 as it appeared to have been stung by a bee or two.

Many styling cues did transition across to the production model which featured relaxed body work, an entirely new front end and redesigned rear end. 31 different configurations are available in these years, including many returning trims from the previous years. 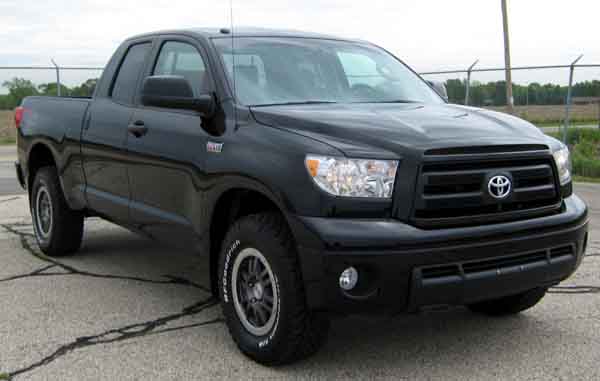 Both the V6 and V8 petrol engines were publically available, both mated to an automatic transmission sending power to the rear wheels or all four of them. Manual gear models were dropped.

In 2008, 13 more variations joined the mix to bring the total up to 44 packages available. And in 2010, the front grille and rear lights were reworked and front passenger knee airbags became standard.

In 2012, a stock Toyota Tundra showcased its towing capacity by towing a full-size spaceship in the US.

In 2016, a gentleman in the US who had purchased a 2007 Tundra hit 1.6 million kilometres with a single engine. Routinely maintained by Toyota over the years, the brand gifted the man a brand new 2016 model in exchange for his 2007 spec model in an effort for them to study the vehicle.

Looking to buy a pre owned Toyota Tundra for sale in Dubai, UAE? The price for this generation starts at AED 34,000 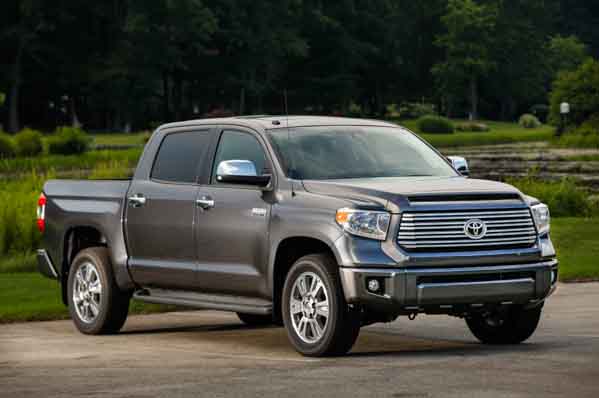 2014 saw the pickup receive a larger front end along with larger front and rear bumpers, new lights for the front and back and an enhanced interior cabin. Inside, a now standard 3.5-inch display is mounted in the centre console with Bluetooth connectivity and a reverse camera. On top of that, new seats are fitted along with gauges, controls and trim.

Underneath, the suspension has been tweaked for a smoother ride, and a new trim was introduced: 1794 Edition along with previous returning trims. 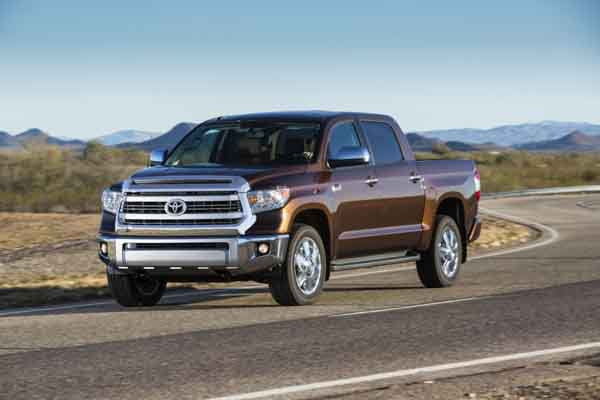 1794 editions include premium leather seats covered in saddle brown, cooled front seats, JBL sound system, and 20-inch alloys on each corner. Shortly after, TRD Pro models joined the lineup. Much like the Rock Warrior package, these models were focused on tackling the great outdoors with 18-inch rims, unique stitching inside, upgraded suspension and a higher ground clearance.

In 2016, top trim Tundra’s received a new chrome grille, a larger fuel tank and a host of safety features including cross traffic alert and blind spot detection mirrors. On top of that, a range of new exterior colours were made available including Blue, Bronze and Red.

Want to buy a used Toyota Tundra in Dubai, UAE? Prices in this generation start at AED 73,000