What are customers saying about the Ford Raptor

Ahmed - My import second hand Ford Raptor is a beast when I go to the desert on the weekends all my friends want to drive it, but I only let them ride shotgun. Nothing gets in the way, and the Raptor SVT can get over any terrain.
Pros: Offroad abilities and options.
Cons: High price.

Kevin - Took me some time to find a used Ford Raptor for sale in Dubai, UAE, but when I did, I just had to buy it. I love off road driving, and nothing can match the power and looks of this beast!
Pros: Power, looks and options.
Cons: Fuel consumption.

Peter - Just epic cars these are, nothing compares to a pre-owned SVT Raptor. Not only is it powerful enough to tow four quad bikes to the UAE deserts, but it's also got all the options I need to keep the kids entertained during the long drive from Dubai to Hatta.
Pros: Presence, power and options.
Cons: Parking in malls is hard.

About the Ford Raptor

Based on the Ford F150 platform, the Raptor targets of off-road enthusiasts that don’t need a roof to keep their camping gear down just a couple of ropes will suffice. With the heart of a Trophy truck not only can it tackle any terrain it traverses, but it can also prove useful on asphalt.

Not many can compare when it comes to rivals. However, the Dodge Ram, Toyota Tundra and Chevrolet Silverado should produce a worthy competitor. 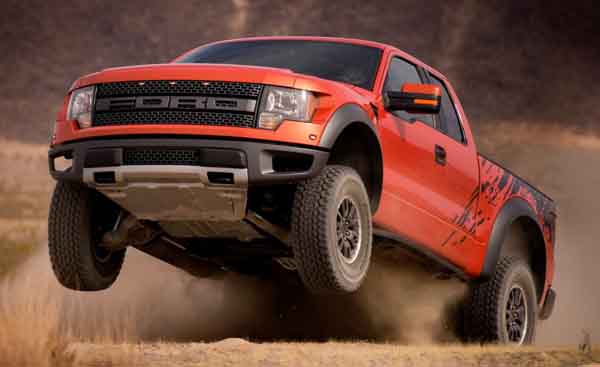 These monstrous offroaders are powered by a 5.4-litre petrol V8 motor in export markets; GCC residents have the 6.2-litre V8 option pumping at 411 horsepower. Driving all four wheels via a 6-speed automatic gearbox.

Fox Racing shocks, massive off road rims with 35-inch of rubber and a rear differential locking gear with a ratio of 4.10:1 as standard. Four exclusive paint scheme are available to coat the exterior; Molten Orange, Oxford White, Tuxedo Balck and Blue Flame. A digitally printed ‘mud splat’ decal is an optional extra. A Ford SVT Raptor R is available exclusively for off-road racing.

In 2011, the 5.4-litre motor was dropped leaving the SVT 6.2L engine to power all four wheels. Ingot Silver Metallic is added to the exterior paint schemes and a four door super cab edition was made available. 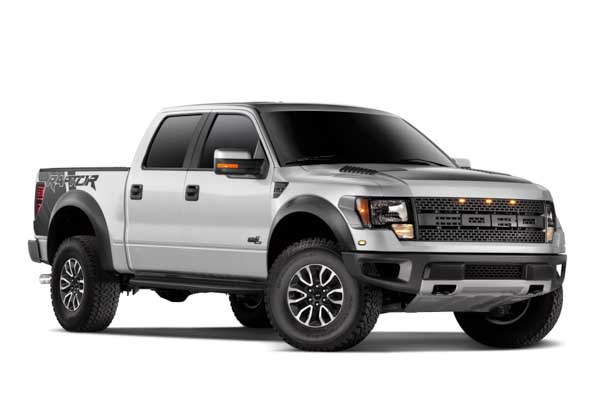 Not much changed throughout the years except for around two (2015 and 2016) of them where the Raptor was put on a brief hiatus.

Looking to buy used Ford Raptor in Dubai, UAE? The price starts at around AED 95,000. 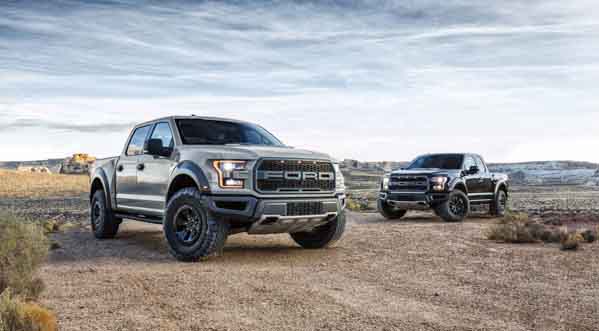 2017 marks the return of the Raptor with an all new face which follows the exact design as standard F-150s. Standard specifications inside and out are 100% confirmed. However, it’s more than likely that previous model. What is known is the 17-inch aluminium rims, Fox racing shocks and halogen headlights.

Built on a steel chassis, the entire body is comprised of lightweight materials such as aluminium which reduces overall weight by 227 kgs. SuperCrew and SuperCab models are both available with no Blue oval mounted on the front end instead Ford is plastered across the grille in large font.

Ford revised the off-road abilities of the beast by fitting a torque on demand transfer case, racing shock absorbers, new all terrain tires and rims.

The new generation of Raptor’s is now powered by a 3.5-litre V6 twin-turbo EcoBoost engine hooked up to a brand new 10-speed automatic gearbox. Now I know what you are thinking, the power output is going to be so much smaller, BOO! It’s the polar opposite, generating over 500 horsepower!