What our customers are saying about the Infiniti Q50 in Dubai, UAE

Josh - I looked for some time for a second hand Infiniti Q50 for sale in Dubai, UAE. When I found one at a reasonable price in UAE I just had to buy one. The interior options are unbelievable for the price! Cooled seats, navigation what else does one need in cars!
Pros: Options, ride and engine power.
Cons: Nothing.

Aboud - Got myself a pre owned import Q50 2.0t from the States as pre owned Infiniti Q50 for sale in Dubai, UAE are a little expensive. Best car I have driven to date. The interior is comfortable and inviting, the specifications are unmatched and the engine power even form the 2-litre is enough to get the job done. Highly recommend buyers to get this car.
Pros: Interior build quality and engine.
Cons: Local price.

Mustafa - Infiniti Q50S is unbeatable. With the 3.7 litre motor, my used model is the perfect car for Dubai. A/C is fantastic and is extremely useful in the 50 degree heat. Interior is roomy and the options are terrific.
Pros: Options, engine units and A/C.
Cons: Nothing.

Five reasons to buy an Infiniti Q50 in Dubai, UAE

About the Infiniti Q50

Debuting in 2013 as a 2014 model, the Q50 replaced the outgoing G25 and G37 sedans. The Q50 has seen success around the world as being an entry level luxury sedan and for good reason as the options that can be added to the vehicle are top class. In Japan, it’s sold as the Sedan Nissan Skyline. 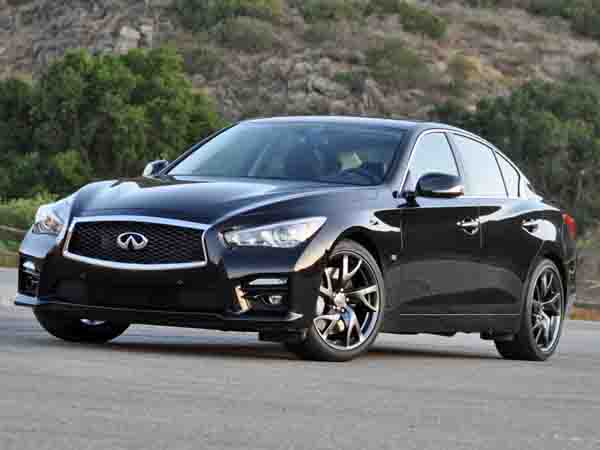 In its first generation, the Q50 is inspired and built from the two separate designs the brand had in mind. Measuring in longer, wider and lower than its predecessors.

Safety features include multiple cameras, active lane control, multiple airbags, lane departure assist, adaptive steering system, ABS, EBD and a whole range of features. Some are standard others are not.

Power comes from three sources. A 2-litre four cylinder turbocharged petrol motor rated at 208 horsepower, a 3.7-litre V6 petrol engine rated at 326 horsepower or a 3.5-litre V6 hybrid powerplant rated at 350 hp. All three power the rear wheels and are mated to a seven-speed automatic gearbox. All-wheel drive models are available in other markets and can be imported into the UAE. 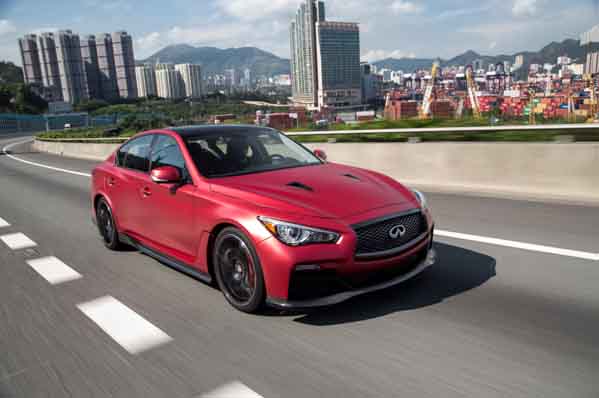 In 2014, Infiniti launched an Exclusive Designer Edition. Working with fashion designers, the brand made two exclusive cars of which there is only one of each known to have been produced. Exclusive to the American market, one model sports a chrome body with a unique trim inside. The second wears a silver front and black rear, red-carpet interior upholstery and other unique pieces. Both were sold for $75,000 online.

To appeal to those wanting extra legroom, Infiniti launched the Q50L in select markets. Launched in 2014, these models measure in at 48 mm longer than base models. 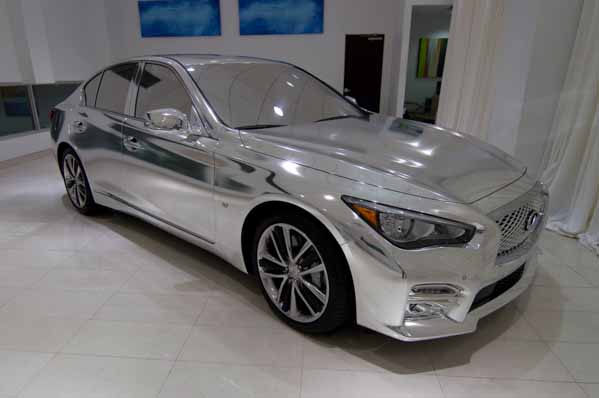 Infiniti dazzled the automotive industry by dropping the GT-R’s V6 3.8-litre twin turbocharged petrol engine underneath the bonnet of their Q50 Eau Rouge concept. Even though fans went bananas for such a crazy vehicle, Infiniti scrapped the project for unknown reasons.

In 2015, the brand released the Q50 Sound Studio by BOSE. Available in 2.0t trim, these cars are equipped with a navigation system and enhanced BOSE premium sound system perfect for audio lovers.