What our customers are saying about the Chevrolet Camaro in Dubai, UAE

Salam - When the new Camaro was announced, I patiently waited for a used import SS Camaro to pop online. To my surprise, one appeared at a good price, and I just had to buy it. It looks great; the front seats are comfortable, and the options are pretty good as well.
Pros: Options, power, style and comfort in the front.
Cons: Rear seats are cramped.

Maryam - I paid a reasonable price for my pre owned Camaro RS coupe, what great cars these are for Dubai. They sound amazing, handle well when going around corners and are powerful. The options and interior better.
Pros: Handling, style and price.
Cons: Interior.

Waddah - I bought a second hand Camaro SS convertible to feel the cool UAE winter breeze during those few months. When it's summer, i’ve got to put the roof up as it’s too hot, but the AC does its job.
Pros: Available as a convertible.
Cons: Export fees are high..

Five reasons to buy a Chevrolet Camaro in Dubai, UAE

Since the late 60’s the Camaro has fended off rival muscle cars that hail from highly graded automatic brands from around the world. With a rich heritage, the Camaro continues to be popular to this day and even appears in a movie or two when it's not racing the ovals and street circuits of the United States.

Even though the name was briefly retired from 2002 to 2009, the Camaro continued to stick in the hearts of pure petrol heads hence its return to continue battling its bitter rivals. 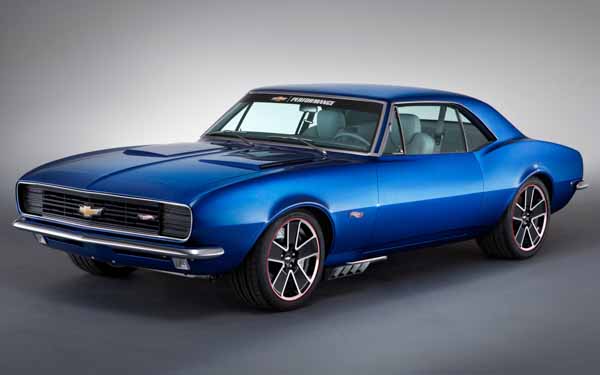 This is where the legacy began, with its tough appearance convertible and coupe models are available with four-seat set ups. Coupe models had no B-pillars; this helped imprint an iconic image to onlookers.

Base models are equipped with manual accessories and manual locks whereas more expensive models are fitted with cruise control, power windows, leather seats and an analogue clock.

Exclusively powering the rear wheels is either a straight six-cylinder petrol motor or a V8 petrol unit. Both are available in various sizes and displacements and are mated to either a manual gearbox or an automatic one.

Want to buy a used Chevrolet Camaro in Dubai, UAE? These models start at AED 21,000. 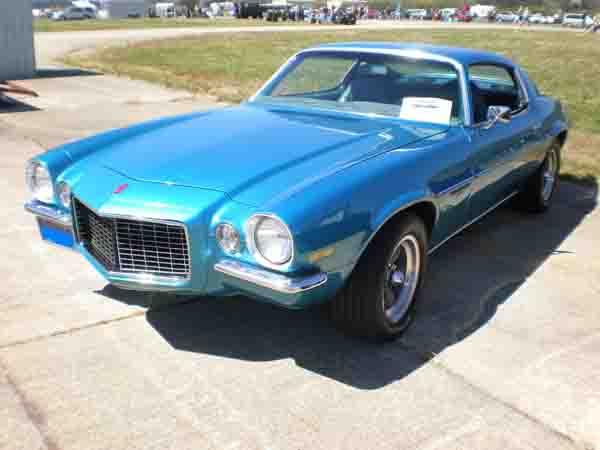 In its second generation, the Camaro sported an all new look. The front grille and headlights were no longer placed in the same unit instead. It was also given the nickname Super Hugger as it stuck to the road a whole load better than the previous models even though it ran on almost identical mechanicals.

Aside from basics of the vehicle being similar, the interior may be redesigned options remain similar with air conditioning being made available along with cruise control.

In 1974, the Camaro received a new front end with a sloping grille and deeper and rounder headlights. 1978, saw the vehicle receive another facelift which now sticks out creating a sharp point at the front end.

V6 and V8 motors are the engines of choice throughout this generation with select regions receiving an inline four cylinder. Rear wheels are powered by a manual or automatic gearbox.

This generation gained popularity with Generation Y due to its appearance in the Transformers movie series.

Want to buy a used Chevrolet Camaro for sale in Dubai, UAE? Prices start at AED 45,000. 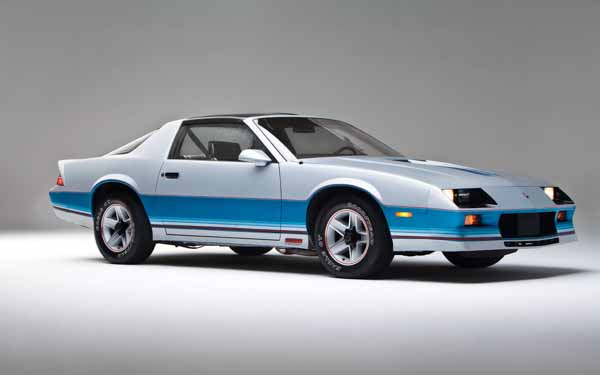 Now in its third generation, the Camaro once again sported a whole new exterior and interior. Headlights almost fuse together as they sit further back in their new housing units, the front grille moved down with some models sticking fog lights in front.

Standard options and extras remained similar with an FM radio tuner and cassette player added along with an 8-track also available along with power accessories.

In 1989, the IROC Z28 WS9 special edition launched with an uprated engine and unique look.

Four cylinder motors are now available in most territories alongside the V6 and V8 units. All power the rear wheels and are mated to either manual or automatic gearbox. 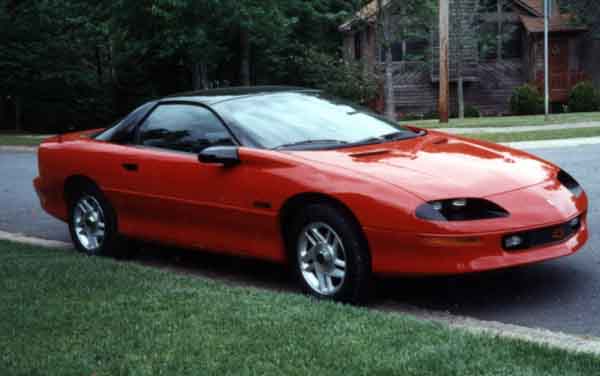 Now in its fourth generation, the Camaro once again sports an entirely new look which is rounder in shape with a brand new interior to boot. Headlights now appear smaller; its nose is a lot pointier, new rims and a rounder rear end.

Available as a coupe, convertible or t-top, both the V6 and V8 motors return to power the rear wheels via an automatic transmission or manual one for those who want more control.

In 1998, the Camaro was restyled again with front lights moving forward, and the front end appears rounder. Tweaks are made to the engine and interior plus a range of new colours added including Hugger Orange.

After 2002, the Camaro name took a brief hiatus and was due to be replaced by an Oldsmobile codenamed Slave. It was expected to be powered by a naturally aspirated 8-litre V8 motor and rated at 550 horsepower. Back then, it could have rivalled the Ferrari F430 and Lamborghini Gallardo. Unfortunately, the Oldsmobile brand was dissolved, and no performance figures were ever released. 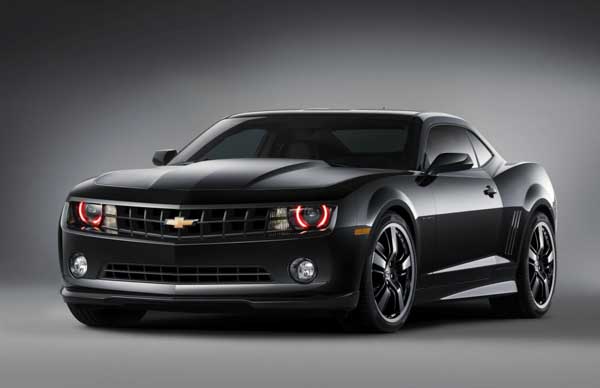 After a short break, the Camaro returned to take on the Mustang once again. With an all new look, the muscle car looks just as sturdy as it did back in the day.

Three trims are available, LT, RS and SS. LT models are equipped with a V6 motor with the other two trims available with a V8 6.2-litre petrol engine. Manual or automatic transmissions control the rear wheels.

As with the previous generation, a multitude of special editions are available. Anniversary editions, one-off customs, Synergy and SSX just to name a few.

In 2012, the Camaro received a minor update to the exterior along with a range of new features added to the surface. 2013, introduced a new trim package, 1LE which bought all of its own unique features.

Want to buy a used Chevrolet Camaro for sale in Dubai, UAE? Prices start at AED 30,000. 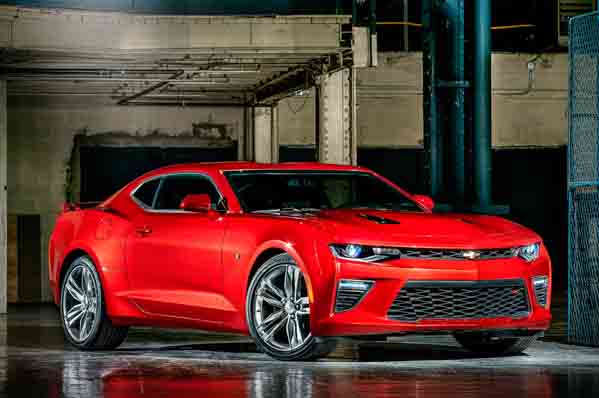 In its sixth generation, the Camaro is slightly redesigned with minor updates made to the interior. Headlights and the front grille are a lot smaller in appearance. It also measures in smaller than before and 200 kilos lighter.

Options from the previous generation remain identical with new cabin materials and a selection of new features.

Available as a coupe or convertible the inline-four cylinder motor returns after almost 13 years to join alongside the V6 and V8. Mated to either a manual or automatic gearbox exclusively powering the rear wheels, a whopping 640 horsepower spews out of the tailpipes of the highest V8.