What are customers are saying about the Chevrolet Tahoe in Dubai, UAE

Hamza - I can’t fault my used Chevrolet Tahoe SLT, I’ve had it for years now, and it just won’t give up. I do have a second Z71 model too which is great when it comes to off-roading. Options aren’t the best, but I’ve put a new stereo system in.
Pros: Offroad abilities, price and reliability.
Cons: Options.

Saeed - I got my second hand import Chevrolet Tahoe LS at a good price online. Very comfortable cars on long journeys, lots of options inside to keep the family entertained and best of all the A/C is ice cold making it the perfect car for the UAE.
Pros: Air conditioning, comfort and interior options.
Cons: No manual transmission.

Abdulrahman - I looked for a seven seater SUV that’s not only comfortable but has a lot of power and looks. When the 2015 Tahoe LT launched in Dubai, I waited a few months to buy a pre owned one as it has everything I need.
Pros: Options and comfort.
Cons: Fuel economy.

Five reasons to buy a Chevrolet Tahoe in Dubai, UAE

About the Chevrolet Tahoe

Named after a massive lake in the United States, the Chevrolet Tahoe shares its platform with the GMC Yukon and can fit five to seven passengers. Known for its safety, the Tahoe is loved around the world especially in the Gulf and US. 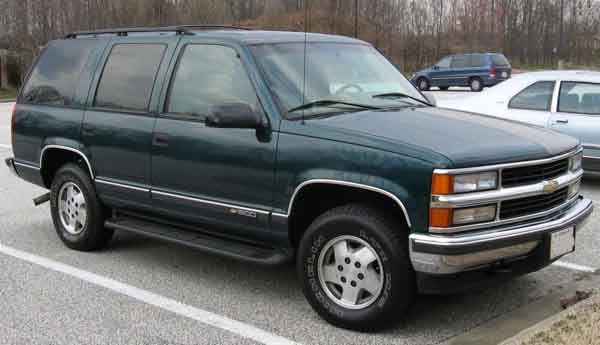 Making its debut in 1992, the Chevy Tahoe rolled out with a typical boxy shape that proved sturdy when it came to throwing the Tahoe around the desert, and the asphalt as that’s most are found nowadays.

Limited and Z71 joined the ranks at the end of the era. Both models are unique as Limited models sat lower to the ground, sported exclusive paint jobs such as Metallic Green or Blue, different bumpers, new shocks, five-spoked rims and various engine modifications. Unfortunately, these models never saw the light of day with only a handful of prototypes known to exist.

However, these models did inspire the Z71 as it’s unique exterior pattern appears along with a host of exclusive colours, new trim pieces, 16-inch rims, black brush guard and plenty of modifications to the engine.

Available as a two or four-door model and in various trims including LT and LTZ.

Base models are driven by the rear wheels whereas four-wheel drive is available as an optional extra or standard on top trim models. Power comes from a V6 4.1-litre or a selection of V8 motors mated to either an automatic or manual transmission.

Looking for a second hand Chevrolet Tahoe for sale in Dubai, UAE? Prices start at AED 18,000. 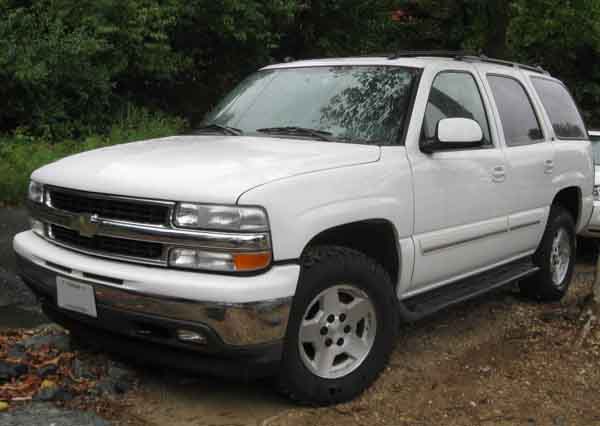 In its second generation, the robust SUV sports a rounded shape noticeable at the front end and pretty much everywhere else. The interior also received a makeover creating a more desirable space to travel in.

Stock and optional extras remained identical with air conditioning and CD player now available as standard with leather and power seats being made available to higher trims.

The V6 motor is no longer available with either a 4.8 or 5.3-litre petrol motor being the sole power choice. Rear-wheel drive is standard once again with four-wheel drive as an optional extra or standard on top trim levels. Manual transmissions fell to a similar fate to the V6 with automatic gears being the lone controller option. 2003 also show the two engines receive a boost of 10 hp. 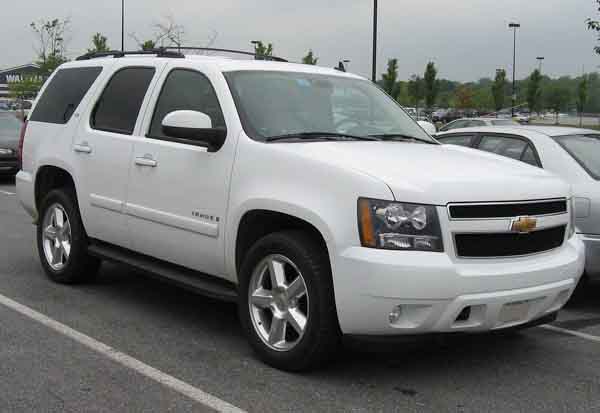 In this generation, the Tahoe once again received a massive overhaul to both the exterior and interior. Forming into a larger vehicle with higher quality materials used inside. 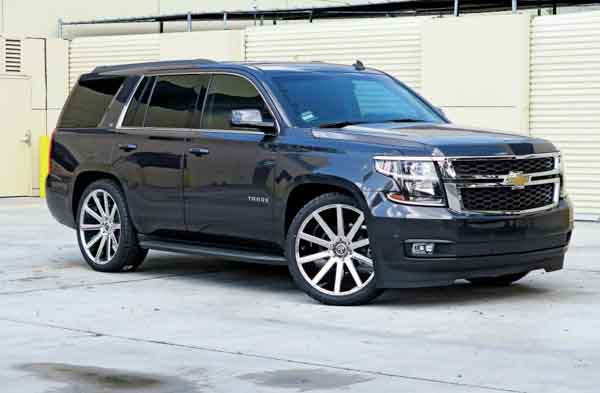 In its fourth generation, the Chevrolet Tahoe receives another design change and appears far boxy than ever before but a good looking box with its sort of rounded front end and flat rear, the interior also received a significant boost to accommodate seven passengers in comfort.

All of the above features both safety and comfort aren’t standard and come at a cost.

Again, a single 5.3-litre V8 motor is available in the GCC with rear wheel drive being standard and four-wheel drive as an optional extra across the three trims. A single automatic gearbox controls 355 horsepower.

Looking to buy a used Chevrolet Tahoe for sale in Dubai, UAE? Prices start at AED 155,000.