What our customers are saying about the Volkswagen Beetle in Dubai, UAE

Tanya - I bought my import second hand Beetle two years ago. I went to buy an entirely different car, but this one stuck out to me. It's fun to drive in the UAE and parking is easy, and it can fit into the tightest spaces.
Pros: Easy to park, engine and front legroom.
Cons: Loose trims bits.

Fatima - I bought one of these cars as my first ride because of how cheap they were. At first, I thought they would be sluggish and slow, but I was pleasantly surprised about how fun it is to drive around Dubai in.
Pros: Pre owned price, driveability and look.
Cons: Resale price in UAE.

Kareem - Good prices for a used Beetle Turbo. Mine is excellent and has everything I need inside and out. Options are fantastic, and fuel economy is great. Highly recommend these cars.
Pros: Fuel economy, options and size.
Cons: Size inside.

Five reasons to buy a Volkswagen Beetle in Dubai, UAE

About the Volkswagen Beetle

First appearing in 1938, if it weren't for a famous dictator who wasn’t a pleasant man we would never have had the “people’s car”. Porsche also had their hand in the early stages of design and the final product.

With the simple premise in mind, the original Beetle became popular not only in its native Germany but around the world. In 1999, the “bug” ranked fourth in a Car of the Century competition behind the Ford Model T, Mini and Citroen DS. `Nevertheless, these vehicles hold a special place in everyone's heart. 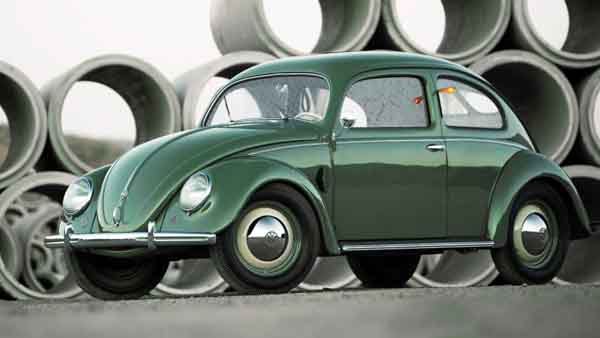 With a simple design both inside and out, the Volkswagen took the world by storm as it could fit four people inside on the fabric seats. It literally moved the entire at one point.

Incredibly enough these models were in production for 75 years and remained relatively unchanged throughout the years. Mechanical and interior changes did occur throughout the three-quarters of a century of production.

Base models are fitted with manual windows, a centrally mounted speedometer and a manual gear stick. Options such as air conditioning, AM or FM radio, glove box storage compartment, cigarette lighter, fog lights and sunroof.

Many models are highly sought after include the split rear window versions that were made available in the late 40’s and 50’s.

Powering the rear wheels is a four cylinder petrol or diesel mated as standard to a manual gearbox and very rarely an automatic version. Weighing in at 840 kilos, the vehicles weren’t known for their high-end speeds and quick drag times. In 1951, a diesel version tested how fast 0-100 km/h could be achieved. 60 seconds was the final time.

Even though a newer shape was unveiled in 1997, the old form continued to be popular in individual countries and was kept in production until 2003.

Looking for a pre owned Volkswagen Beetle for sale in Dubai, UAE. Prices start at AED 13,000. 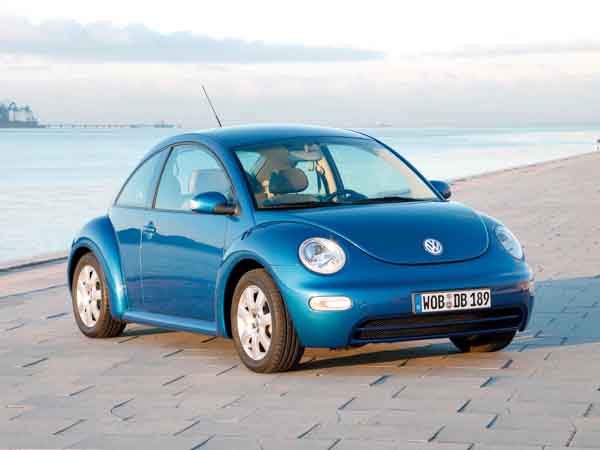 Volkswagen looked to reinvent the Beetle by launching a model with a new shape to fit in with current design trends. With a rounder shapes, the vehicle brought along with it a variety of new engines, updated interior and new options.

In the early 2000’s a Millennium Cup edition launched that was aimed towards those who wanted a sportier feel. Available only with a manual transmission, the exterior grew wider by the wheel arches and has a spoiler. Another version of this is limited to just 250 units is known as the Beetle RSi. It has all wheel drive (4Motion, a V6 engine and a six-speed gearbox along with similar features to the Cup Edition.

Standard models are powered by a variety of four cylinder motors some even have turbochargers with straight five versions available in select reasons. Front wheel drive is now standard as it’s cheaper to build and automatic gearboxes are standard and manual transmissions are available. 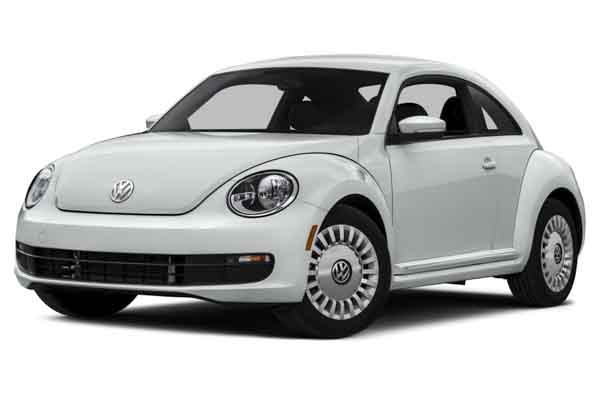 What you could say is that the Beetle was in its third generation in 2012, it launched with an all-new look. While it does look similar to the previous years, the rounded shape is refined into a sophisticated one. With its low slung roof, remodelled bumpers, headlights and interior.

Power comes from a four-cylinder motor with various displacements with some variants aided by a turbocharger. Five cylinder units are also available, and all versions are controlled by a manual or automatic gearbox hooked up to the front axle.

Want to buy a used Volkswagen Beetle for sale in Dubai, UAE? Prices start at AED 34,000.