What our customers are saying about the Volkswagen Touareg

Nasir - My import used Touareg is perfect. It’s only the standard model with the V6 motor equipped but it’s a great car, and the specs are great for the price I paid. Next you I’m looking to buy a second hand Sport version or an R V8.
Pros: Specs for the price, build quality and ride.
Cons: Fuel consumption.

Qassim - I looked for a pre owned Volkswagen Touareg for sale in Dubai, UAE online and found a few I was interested. The price in UAE is good compared to those export cars from America, and the specs are very good for Dubai.
Pros: Options, price and handling.
Cons: Parking can sometimes be a struggle.

Waleed - Finding a second hand Volkswagen Touareg for sale in Dubai, UAE, there are plenty of cars floating around the market many with low prices which is perfect for my budget. Pre owned ones are the right choice and standard trims are just perfect.
Pros: Price bracket, interior options and power.
Cons: No seven seater option.

Five reasons to buy a Volkswagen Touareg in Dubai, UAE

About the Volkswagen Touareg

Volkswagen’s first step into the SUV market was a big one, with no previous experience the world wasn’t quite ready for it. But after seeing the crash safety results, the sales started coming in. The cars are best known for their standard models which are quite inviting and sit higher up compared to its rivals.

The Touareg also has a rich history in motorsports with outright wins in the Dakar Rally and Baja 1000 over the years. One win came at the hands of Qatari Driver Nasser Al-Attiyah. 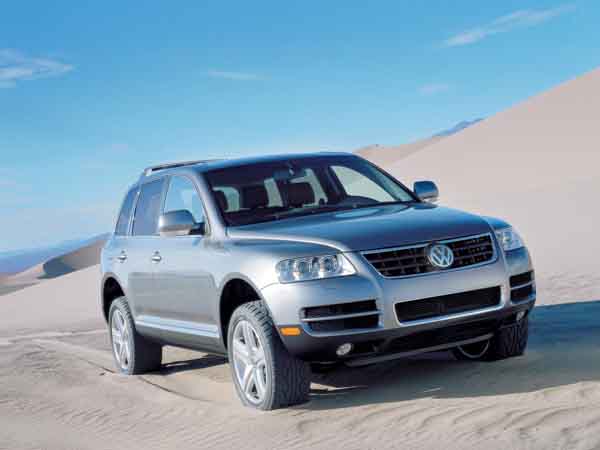 Base models are fitted with a V6 3.2-litre petrol motor mated exclusively to an automatic gearbox in GCC countries; manual boxes are available in export markets. Alternatively, more powerful V8 and even a W12 engine are available with the latter rated at 450 horsepower and able to reach 250 km/h and run 0-100 km/h in 5.9 seconds!

500 versions of the Touareg W12 are said to have been built with an estimated 330 destined for the GCC most specifically Saudi Arabia with the rest heading to Europe and China. No units were sold in the United States. The 500 units are just a placeholder as it’s unknown exactly how many units were eventually sold.

Diesel models are also available with various engine sizes including a V10 5.2-litre motor that provided enough torque to pull a Boeing 747 aircraft!

Want to buy a used Volkswagen Touareg for sale in Dubai, UAE? Prices start at AED 39,000. 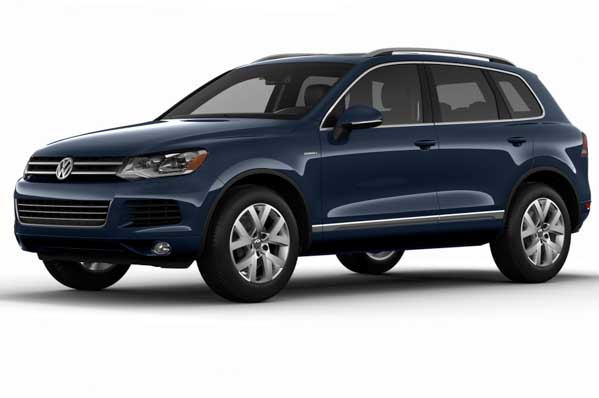 In its second generation, the Touareg receives a brand exterior and interior. New options include Adaptive Cruise Control or ACC, lane assist, front collision avoidance system, adaptive air suspension and for the first time on a civilian vehicle along with all the standard and optional extras from the previous generation.

With the W12 engine discontinued for obvious reasons, the V6 and V8 are available across the range with the six-cylinder 3.6-litre engine serving as the standard motor. Both power all four wheels and are controlled by an 8-speed automatic gearbox.

In 2014, the Touareg received a facelift and standard models have enhanced once again with xenon’s added to the front end and reworked suspension. Non-standard features include upgraded adaptive cruise control, an uprated V6 diesel engine, automatic post-collision braking system and improved infotainment system.