What are customers are saying about the Chevrolet Tahoe in Dubai, UAE

Mousa - I bought my pre owned import Chevrolet Silverado LTZ not too long ago online. The price was right so I couldn’t say no. The specs are great in 2015 trim, and the air conditioning is cold, and the power is perfect when I take my kids to the UAE deserts as the 1500 can tow all four quads.
Pros: Power, options and looks.
Cons: Fuel economy.

Atif - I couldn’t decide between a second hand Silverado LT or a used GMC Sierra 4x4. The price factor was my primary concern, and I had to buy the Silverado. It’s got the power, looks and gets the job done no matter what.
Pros: Robustness, price and style.
Cons: Fuel economy.

Bryan - Back home I had a 2500HD, but when I move to the UAE I downgraded to the Silverado 1LT as I don't need to haul heavy loads anymore. Options are great inside even though the cabin feels hard, the engine provides enough kick, and it’s got enough space for the family. Kind of glad I don’t have the HD model as parking in Dubai would be a chore.
Pros: Power, space and interior options.
Cons: Interior cabin.

Five reasons to buy a Chevrolet Silverado in Dubai, UAE

About the Chevrolet Silverado

Carrying on the C/K legacy, Chevrolet pickups were rebranded as Silverado’s with the nameplate dating back to the 1930’s! Sharing the same platform throughout with the GMC Sierra, the Silverado has proved over the years to be a real workhorse and keeps the world moving due to its can-do attitude, heavy payload towing capabilities and its torque spewing motors. Not only that, it caters to the other end of the spectrum catering to those who prefer a touch of luxury.

Silverado’s can carry from two to six passengers depending on the variant you chose.

During its first couple of years, it's said that the Silverado was so popular it managed to outsell the Toyota Camry! Did you know that the Silverado has a racing pedigree? On home soil, the truck is part of NASCAR and races around the ovals at around 190 km/h.

Over the years, the Silverado has won numerous awards such as Truck of the Year 2007. 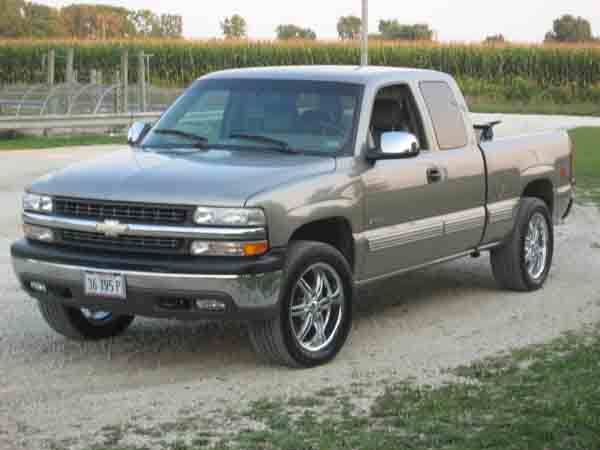 The first generation of Silverado’s took what the C/K series created and built an all-new truck with rounded angles to keep up with the design cues of the era.

Silverado cars are available as a 1500 and 2500 and are available with a single cabin setup up (two doors), crew cab (four doors with rear doors being smaller) or a dual cab (four regular size doors). HD or Heavy Duty models are available for those who want to move heavy loads. 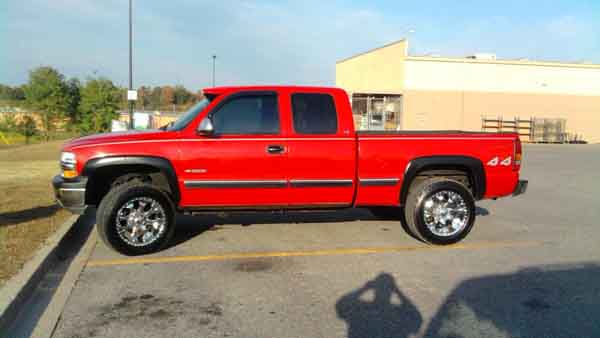 Non HD models are capable of moving 930 kilos in the bed and up to 4700 kgs hooked onto the trailer coupling. HD model base trims can haul an equal amount other models able to move double and even triple that amount.

Base models are equipped with a 4.3-litre V6 models powering the rear wheels with four-wheel drive as an optional extra. Higher trims and optional extras include V8’s with displacements ranging from 4.8 to 8.1-litres with petrol or diesel intakes. Manual versions do exist, but automatic models are preferred all around.

2003 saw the cars have a new face and various new options added to the interior.

In early 2003, an SS variant of the Silverado based off the standard 1500 launched with an increased power output, rear disc brakes, enhanced suspension and unique selection of paints.

Rolling into its second generation, the all-American pickup sports a brand new exterior with new headlights, taillights and interior options. 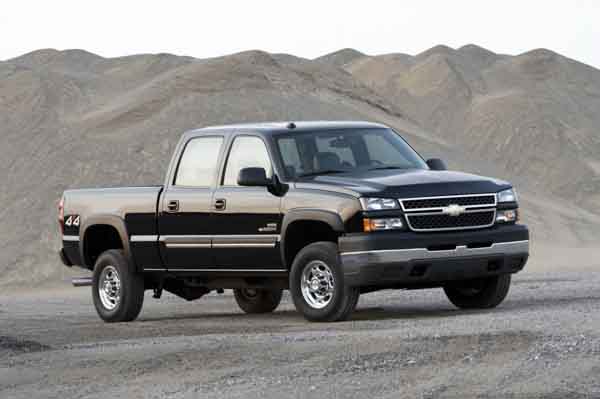 Engines remain identical to the previous models with both the V6 and V8 sipping petrol when ploughing down the road mated to an automatic gearbox with the manual option being dropped from the lineup. All engines are rated higher in turn leading to the trucks hauling heavier payloads than previous models.

Chevrolet also tested an all-electric running under the codename VIA VTrux. Over the years, the vehicle has popped up at various motor shows.

Want to buy a used Chevrolet Silverado for sale in Dubai, UAE? Prices start at AED 15,000. 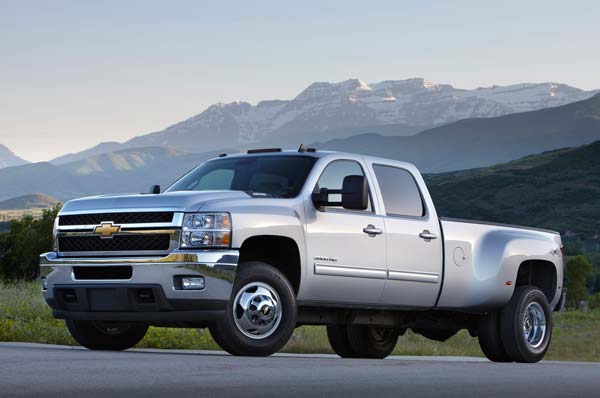 Returning for a third time with an all look all around. With a prominent grille and larger dual headlights, much of the Silverado’s styling elements have been retained. Bigger and squared wheel arches are evident at the front and back. New rim designs appear on each corner, and the interior also receives a major overhaul.

Standard options remain identical to a CD player available as standard whereas the optional extras list not includes everything from previous generations, but an array of new gadgets including a BOSE premium sound system, xenon and LED headlights, larger central display and cylinder deactivation options to conserve fuel. 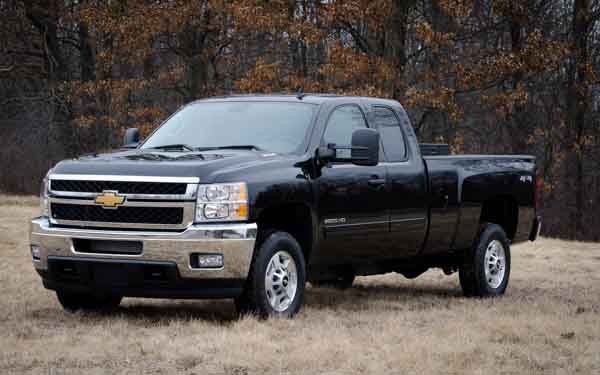 Both the V6 and V8 motor return for a few more years once again with various displacements. Base models are powered by a 6-speed automatic controlling the rear wheels whereas the V8 models are mated to an 8-speed automatic with power channelled to all four wheels.

A handful of limited editions are available in this generation including two rally versions, a blacked out Midnight Edition and Black Out Edition, Texas Longhorns Edition which features plenty of chrome and two more sports variants.

In 2016, the Silverado had its first mid-cycle refresh bringing an all new face to the iconic pickup. This included new headlights, fog lights and certain options becoming standard on select trims.